Uncle of Jordan Ayew, Sola Ayew has said the forward is concerned with his lack of goals. The former Swansea City and Aston Villa forward have come

Uncle of Jordan Ayew, Sola Ayew has said the forward is concerned with his lack of goals.

The former Swansea City and Aston Villa forward have come under intense criticisms following his lack of goals for club and country.

Jordan has failed to find the back of the net in the last 6 months despite featuring more than 30 times for the Eagles in the English Premier League in that period.

His manager at Crystal Palace, Patrick Vieira, after his decisive miss against Brighton and Hove Albion last week has admitted the poor form of the player and attributed it to lack of confidence and is bent on ensuring he returns to his best form.

While Solar Ayew shares a different thought, he has indicated that Jordan Ayew is currently a very worried man.

“Definitely, when you are a professional player of Jordan Ayew’s calibre, you will always express concern with the goal drought and with the heights he has reached in professional football, it is a concern for him,” the Uncle of the Black Stars attacker told Accra based Class FM.

According to Mr. Ayew, while there is pressure on Jordan Ayew, he is confident he will end the drought in no time.

“With the family and his fans also supporting him, when things aren’t going well, there’s pressure on him to perform”, Sola Ayew added.

Jordan Ayew is one of over 30 players invited to the camp of the Black Stars for the October international break.

He is expected to be in the final Ghana squad for the 2022 FIFA World Cup qualifiers double-header against Zimbabwe. 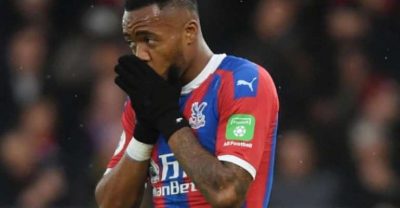