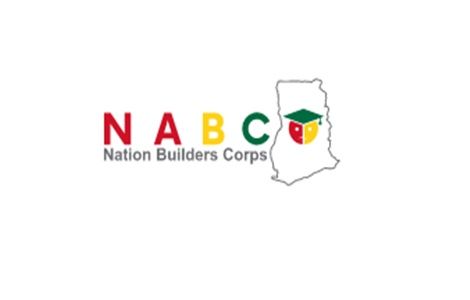 Member of Parliament (MP) for the Sekondi Constituency in the Western Region, Mr Andrew Egyapa Mercer has described the opposition National Democratic

His comment comes after the Deputy National Organiser of the NDC, Joshua Akamba has described the Nation Builders Corps (NaBCO) programme launched to address Ghana’s graduate unemployment situation, as a scam.

Mr. Akamba is reported to have said on Starr FM that, “NABCO is a 419 agenda because the (New Patriotic Party(NPP) promised Ghanaians they were going to give them permanent jobs. This one — is it a permanent job? Is that not scam? Is that not deceit to Ghanaians? You said in one year, Ghanaians would have good jobs, working in factories, working in companies, one million dollars would hit our constituencies and graduates would get jobs. That is what gave Ghanaians the confidence to vote the NPP in” he said.

Reacting to this on Hope FM,the NPP MP for Sekondi, Lawyer Egyapa Mercer slammed the NDC for kicking against any social intervention programmes initiated by the NPP government just to score cheap political points.

He opined that if the NDC are not nation wreckers like they will not speak against the introduction of the NaBCO programme but they will appreciate it.

He added that the NDC were in government for eight years and they never created any job opportunity for the teeming unemployed youth in the country.

“Mr Host, let me tell you, the NDC were in power for eight good years but they never think of creating jobs for our teeming unemployed youth in the country but these same people have started kicking against any job opportunity we the NPP government have started”, he lamented.

According to him, the NDC at a time kicked against the introduction of the National Health Insurance Scheme (NHIS) policy and also the National Youth Employment Agency which were introduced by the Kufuor-led administration.

He, therefore dared the NDC to come out and tell Ghanaians the type of job opportunity they created during their eight-year period.

According to him, the NPP government is focused on creating job opportunities for the unemployed youth in the country in order to solve the canker.

He bemoaned that the NDC was incompetent and also lacked ideas and also couldn’t solve the challenges that were confronting the country hence engaged in corrupt practices which according to him caused the country to bleed.

“Former President John Mahama and his NDC government caused the country to bleed due to corrupt deals”, he alleged.

The outspoken NPP MP commended President Akufo-Addo for thinking about the teeming unemployed youth in the country to introduce such a laudable programme to curb the unemployment menace.

He, therefore urged the unemployed graduates to embrace the programme and rush to register for it and rubbish the propaganda the NDC is playing with.

He said the NPP government led by President Akufo-Addo is on course to create job avenues for the youth and therefore appealed to the youth to be patient with the government and rally behind them.