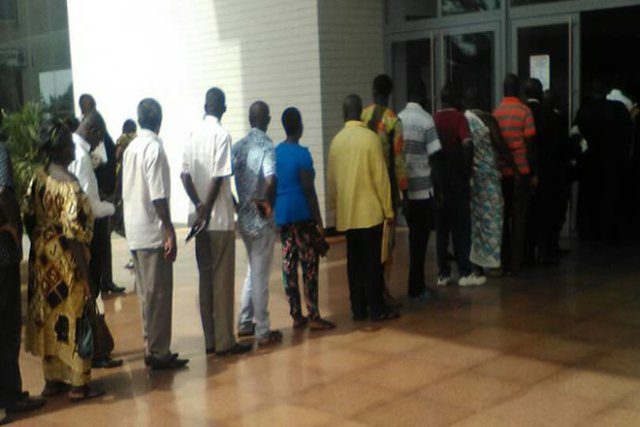 Senior Research Officer at the Ghana Anti-Corruption Coalition, Bright Sowu, has called for intensified public education on the effects of corrupt

Senior Research Officer at the Ghana Anti-Corruption Coalition, Bright Sowu, has called for intensified public education on the effects of corruption on national development.

According to him, the hundreds of National Democratic Congress (NDC) supporters who flocked to the Accra Courts complex on Monday to solidarise with embattled former CEO of Ghana Cocoa Board (COCOBOD), Dr Stephen Opuni, did so because they lack an understanding of the underlying corruption issues.

Dr Opuni who was appointed under the erstwhile NDC administration and businessman, Seidu Agongo, are on trial for causing financial loss to the state.

The two have been charged with 27 counts, including causing financial loss to the state and selling/buying of misbranded fertilizer products.

The NDC believes the charges are politically motivated.

The opposition party is convinced the trial is a witch-hunting move by the governing New Patriotic Party (NPP).

Mr Sowu said: “It is very important that we educate these people so that they know that corruption takes away from the nation.” 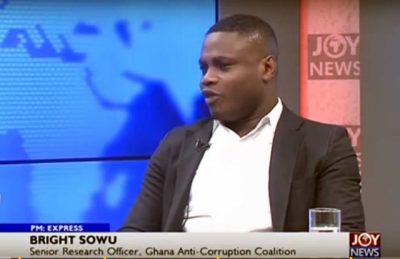 The anti-corruption campaigner made the comments on PM Express, a current affairs programme on the Joy News channel on MultiTV.

He said the agitation by the dozens of supporters bused to the court complex from different parts of the country fits into a popular conflict theory – the Lumpenproletariat paradigm.

The Marxist theory, according to Mr Sowu, holds that there is a section of the public in any society that is not very well educated on an issue and hence can be manipulated by interest groups to cause chaos.

“That is a very dangerous segment [of the population] to have,” he said, adding that this section of the public could scuttle anti-corruption efforts.

He said the political turn that the trial has taken speaks to the polarisation of the nation. 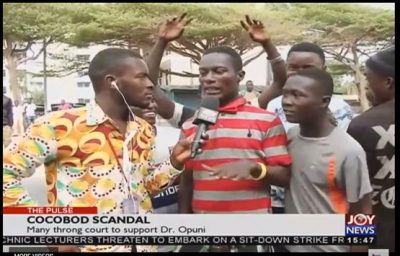 “Everything is NDC, NPP so you have an accused person in court and one party feels that we have to stand by him. It is okay to support somebody if people he is innocent but for the rest of us Ghanaians, discerning people, we need to separate the facts from what is going on,” said Mr Sowu.

Meanwhile, Corporate Affairs Manager at the Ghana Integrity Initiative (GII), another anti-corruption institution, says the allegations of political witch hunting against the trail is normal.

Michael Boadi believes that because the persons on trial are “political persons” the solidarity is to be expected.

“The right to assemble is given in the Constitution, so it is very difficult for anybody to criticise the right assemble…the issue of corruption and the trial thereof is a matter of law,” he said.

The show of solidarity, in his view, will not change the outcome of the trial.