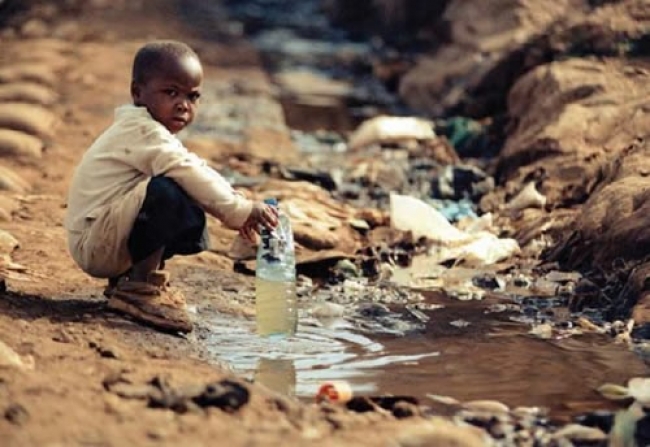 Parliament ratifies additional $45.7m for rural water & sanitation Parliament on Thursday approved a financing agreement between Ghana and the

Newspapers Headlines: Friday, May 4, 2018.
Judges’ residential complex in Kumasi to be commissioned on Monday – CJ reveals
Police shut down LGBTQI office in Accra

The CWSA has the mandate to provide technical support to the districts in all water and sanitation issues, among other things.
CWSA’s annual reports revealed a remarkable improvement in the access to water by rural communities with an increase from 27 per cent in 1990 to 62 per cent as at the end of 2015.
This made Ghana to achieve the Millennium Development Goal (MDG) target of halving the proportion of people without access to wholesome water.
There, however, still existed disparities between urban and rural areas in respect to safe drinking water.
The Ghana Multiple Indicator Cluster Survey, 2011, indicates that urban dwellers were more likely to have access to safe drinking water than rural dwellers.
Ghana also performed abysmally in the area of sanitation as only 15 per cent of the population had access to improved sanitation facilities.
With respect to poor sanitation, the UNDP reports for 2015 placed Ghana second after Sudan in Africa for open defecation with five million Ghanaians not having access to toilet facilities.
The Sustainable Rural Water and Sanitation project was, therefore, designed to improve access to water and sanitation services with focus on sustainability.
The initial project was funded by an IDA credit facility amounting to 75 million dollars and expected five per cent counterpart funding amounting to GHȼ5.9 million from beneficiary districts to cover the cost of water systems.
The project started in December 2010 and was expected to come to an end in December, 2017.
The terms and conditions of the Financing Agreement approved on Thursday are: Loan amount – 45.7 million dollars; Interest Rate – 1.25 per cent per annum; Grace Period – five years; Repayment period – 20 years; Commitment charge-0.5 per annum; Service Charge-0.75 per annum and Grant element -33.90 per cent.
According to the Finance Committee, the main purpose for the additional funding was to complete the remaining works and services under the original project and to cover the five per cent counterpart funding that was to be paid by the beneficiary district assemblies, which could not be honoured due to financial constraints.
The Finance Committee Chairman, explaining the reasons for cost overruns, said the Minister of Water and Sanitation informed the Committee that a major challenge the project faced was cost overruns and this resulted in higher expenditure.
“… He indicated that the initially planned rehabilitation of the old piped system had to be redesigned because the communities had far outgrown the initial design capacities,” Dr Assibey-Yeboah said.
In addition, the storage tanks were inadequate since their capacities were below present requirements.
Some of the communities had expanded areas with an elevation higher than the tanks and could, therefore, not be served by existing tanks.