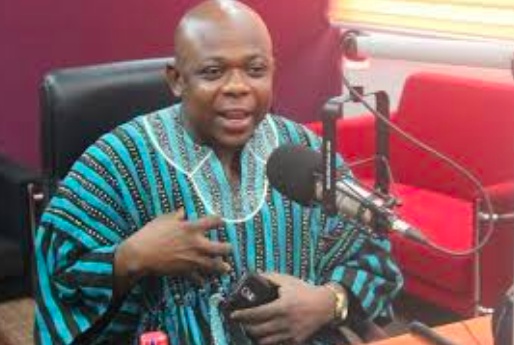 . The decision by the Akufo-Addo administration to seek to ratify an existing security training deal between the Republic of Ghana and the United S

The decision by the Akufo-Addo administration to seek to ratify an existing security training deal between the Republic of Ghana and the United States of America has been met with vehement opposition by the National Democratic Congress.

The Memorandum of Understanding which, amongst other things, aims at giving legal steam and transparency to the already existing clauses in the deal whose genealogy dates back to as far back as 1998.

This rather noble move by the Akufo-Addo government has been met with stiff oppositions from the National Democratic Congress. The Minority in Parliament has organized a press conference over the matter, singing gloom and doom over the deal.

The Minority has also said that Akufo-Addo is selling Ghana’s birth right to the US. They also claim Ghana’s sovereignty is under attack because President Akufo-Addo is allowing the American Government to establish a military base in the country, something they claim is inimical to the territorial safety of the country.

What is worthy of note is the point they made that this ‘inked’ deal is the worst thing to have happened to Ghana. Labelling it as unprecedented in our political history, almost all the Minority MPs have said on various media platforms that this MoU entered into between the two countries is demeaning as much as it hands Ghana over to the US as its newest colony.

They poignantly made a point to the effect that there has never been any of such agreement signed between Ghana and the US or any other country for that matter.

Something dramatic happened yesterday. The fine details of the agreement started emerging, tanking their hopes momentarily. The killer fact surfaced which had it that indeed, this deal is only giving impetus to an agreement reached and signed between the two nations in 2015 by the Mahama administration.

Former President John Mahama and his then Foreign Affairs Minister, Hannah Tetteh had signed the agreement on behalf of the country.

Armed with this new information, James Agalga, the Minority Spokesman on defence and interior issues has admitted that they were in the dark about the 2015 deal, though he still insists that should not form the basis for the government to ratify the agreement.

While these altercations rage on, tongues have started wagging and minds have begun wondering why Mahama and Hannah Serwaa Tetteh would sign such a sensitive deal without informing the then Majority in Parliament and even the whole House. It is pointless to argue the toss, but it is clearer than daylight that Mahama and Hannah Tetteh shrouded the entire 2015 deal in secrecy for reasons they can best make known to Ghanaians.