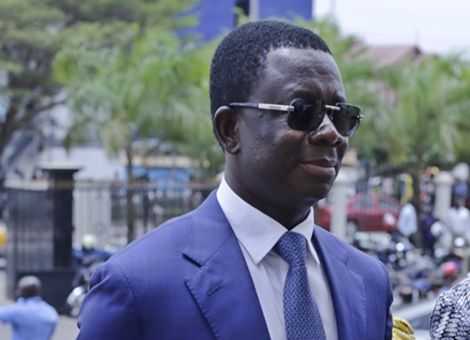 The Accra High Court presiding over the trial of former Ghana Cocoa Board (COCOBOD) CEO, Dr Stephen Kwabena Opuni and businessman, Mr Seidu Agongo, on Wednesday, adjourned sitting by a week to allow the Defence Attorneys to study the report filed by the Cocoa Research Institute of Ghana (CRIG), on its investigation into some missing documents.

The committee filed its final report at the court on 1st February 2019. However, the two Defence Attorneys told the court that they had received copies of the report barely 24 hours before the commencement of today’s sitting, hence, requested for time to study the report.

While making his request to the court, Benson Nutsukpui, lawyer for Mr Seidu Agongo told the court that having only taken a cursory look at the report, he was unsure whether the committee has submitted the right report.

The Director of Public Prosecutions (DPP), Yvonne Attakorah Obuobisa, in response, told the court that the prosecution has always argued that the fertilizer in question is not liquid, moreover, the report properly mentioned the reference number of the defence’s requested document; CRIG 39/14 vol 19/6448 dated 21st October 2014. Hence, there is no confusion that the committee investigated the matter and submitted the right report.

In his ruling to allow for an adjournment for the prosecution to study the document, Justice Clemence Honyenugah, said service of documents is fundamental as such he will allow the prosecution more time. He adjourned the case to Tuesday 12 February 2018.

In March 2018, the Attorney General brought 27 charges against Dr Stephen Kwabena Opuni and Mr Seidu Agongo, the majority shareholder of the defunct Heritage Bank, including defrauding by false pretences, willfully causing financial loss to the state, money laundering, corruption by a public officer and acting in contravention of the Public Procurement Act.

The AG deemed the two men to have breached laid-down procedures in procurement and other laws resulting in a loss of GHS271.3 million to the state, in the alleged fertilizer scandal and the distribution of substandard fertilizer to cocoa farmers.

The two deny any wrongdoing and have pleaded not guilty to all the charges and have each been granted a GHS300,000.00 self-recognisance bail by the court.

The court adjourned the case to Wednesday, 6th February 2019 for the continuation of the trial, on which day it expects that the committee would have finished and submitted its final report to the court.