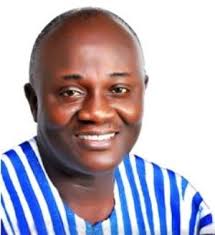 Author: Kwame Asare Boadu  The creation of administrative regions is a political decision which sometimes comes with various challenges. I

The creation of administrative regions is a political decision which sometimes comes with various challenges.

I am not a soothsayer but, from the corner where I sit as a citizen of Ahafo, I envisage a flip-side turf war over which town becomes the capital of the proposed Ahafo Region.

For now , there are huge expectations in Ahafo on the creation of the region as President Nana Addo Dankwa Akufo-Addo has set in motion, plans to actualise the New Patriotic Party (NPP) government’s manifesto pledge to create new regions, including Ahafo.

Ahafo is a resource-rich area whose natural assets can be harnessed to boost the local economy, but, unfortunately, the expected development has not been achieved .

The expectation of a new region has manifested in series of meetings by the chiefs to reach a consensus on critical issues but, it is not clear whether the vexed issue of regional capital features in the meetings.

President Akufo-Addo promised during the 2016 election campaign and emphasised it early this year when he visited Ahafo on an official engagement that the decision to create additional regions was a commitment he was determined to bring to fruition.

Speaking during a visit to Acherensua in the Asutifi South District earlier this year , the President was quoted in the media as saying, “The time for the creation of the Ahafo Region is due. I promise you that within the next 18 months, the opportunity is going to be given for you to have the Ahafo Region.”

On August 15, 2017, the process moved another step forward when the Council of State gave the go ahead for the President to constitute a Commission of Inquiry to advise on how to proceed with the creation of new regions in Ghana.

The need to create another region out of the vast Brong Ahafo Region has some long history. In 1980, when I was a student at the Acherensua Senior High School, there were attempts by some chiefs and opinion leaders from Ahafo to get the Dr Hilla Limann government to create the Ahafo area as a separate region out of the Brong Ahafo Region but the move fizzled out after the December 31,1981 coup that toppled the People’s National Party (PNP) government.

Even as the process for the creation of the region gathers momentum, and against the background of the geo-politics of the area, a fierce contest concerning which town becomes the regional capital looms.

Towns including Goaso, Duayaw-Nkwanta, Bechem and Kenyasi are all big towns that can compete for the capital

But without a shred of doubt, the contest for the capital will be between Goaso and Bechem. Both have a long administrative history with the British colonial government posting its representatives – District Commissioners – to the two towns in 1901.

However, if the Ahafo-Ano-North District is carved out of the Ashanti Region to be part of the Ahafo region as I am hearing, the contest will get even tougher as Tepa, the district capital, will present an equally strong candidate for the regional capital.

Goaso and Bechem have a history of “rivalry ” for supremacy. For instance, during the creation of the Goaso Catholic Diocese out of the then Sunyani Diocese , an unhealthy contest reared its head between the two Ahafo towns.

Eventually when Goaso won, the diocesan headquarters, Bechem, refused to be part of the diocese and it took extraordinary intervention by political and Catholic authorities for Bechem to rescind its decision.

Some may be wondering why Tepa, and for that matter Ahafo-Ano-North District in the Ashanti Region, could become part of an Ahafo Region.

The reason is simple. Ahafo-Ano-North with the capital at Tepa and Ahafo-Ano-South with Mankranso as capital are all part of the wider Ahafo although they find themselves in the Ashanti Region.

Indeed, the original plan of Dr Kwame Nkrumah’s CPP government, which created the Brong Ahafo Region on April 4, 1959 out of the then Western Ashanti, following the passage of the Brong Ahafo Act (Act 18) by the First Republican Parliament in March the same year was to include the Ahafo areas in the present Ashanti Region as part of the new Brong Ahafo Region. That plan did not materialise because of opposition from some chiefs .

Although the reason behind the creation of the Brong Ahafo Region was supposed to be purely for administrative purposes, Nkrumah, as shrewd as he was, had other ideas that would be discussed another time.

In all the developments leading to the creation of the Ahafo Region, the role of the Asantehene remains critical as all Ahafo chiefs owe allegiance to the Golden Stool.

Perhaps, Otumfuo Osei Tutu II may leave the decision concerning the choice of the capital of Ahafo to the various chiefs to decide and report to him to give his blessing to the decision