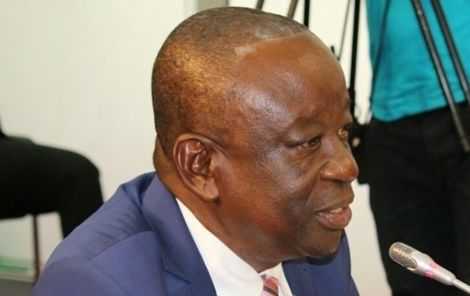 Peacefmonline.com can confirm that the Director of the Bureau of National Investigations (BNI) William Akwasi Appiah has only been "reassigned" an

Peacefmonline.com can confirm that the Director of the Bureau of National Investigations (BNI) William Akwasi Appiah has only been “reassigned” and not sacked as is being speculated.

According to him, the move was part of a number of changes at the BNI and the National Security Ministry.

“We haven’t sacked the man. There is nothing like sacking, we didn’t talk about the sacking. Yes, he has been changed. There have been some changes at the Research department and also at the BNI and the National Security Ministry. We’ve moved people around….He’s been moved from BNI to the Ministry of National Security,” Kan-Dapaah said in an interview with CitiFM.

Peacefmonline.com can however confirm that Ambassador Rasheed Seidu Inusah, Director-General of the Research Department of the Ministry of Foreign Affairs and Regional Integration, is now the Director of the BNI.

Earlier reports suggested that Mr Appiah was sacked after a security meeting held on Thursday.

According to the earlier grapevine report, Mr Appiah “sacking” could be linked to the arrest of Deputy General Secretary of the National Democratic Congress (NDC) Koku Anyidoho and how some opposition officials including former President John Mahama had access to him while he was behind bars.

Former President, John Mahama on Wednesday visited the embattled deputy general secretary of the NDC at the Bureau of National Investigation’s headquarters. This was a day after Mr. Anyidoho was detained for making treasonable comments.

in a picture gone viral, Mr. Mahama was pictured with Anyidoho, along with Julius Debrah, who served as his Chief of Staff; the NDC General Secretary, Johnson Asiedu Nketia and former Attorney General, Betty Mould Iddrisu, at the BNI headquarters