Tadej Pogacar won stage 18 of the Tour de France on Thursday to underscore his dominance in the mountains and to anoint himself for a second successive overall victory.

The 22-year-old Slovenian claimed the 129.7km course between Pau and Luz Ardiden in three hours, 33 minutes and 45 seconds.

Jonas Vingegaard was second and Richard Carapaz was third – a mirror image of the troika in the overall rankings.

With a lead of five minutes and 45 seconds over his rivals, only a spectacular ride akin to what Pogacar pulled off last year to rip the yellow jersey off Primoz Roglic’s back on the penultimate stage, would prevent him from claiming back-to-back Tour de France titles.

He also consolidated his position in the hunt for the polka dot jersey of the “king of the mountains”. He also sports the jersey of the fastest young rider.

Stage 19 takes the cyclists 207km between Mourenx and Libourne. 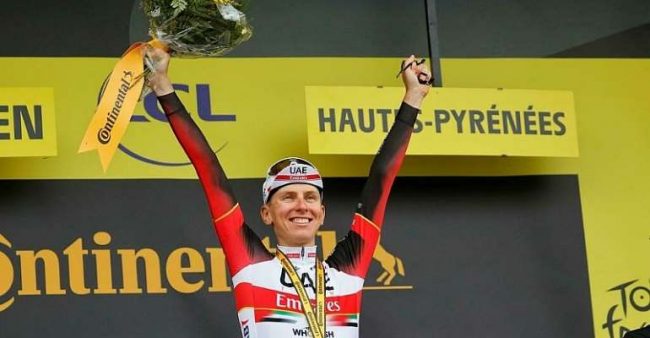