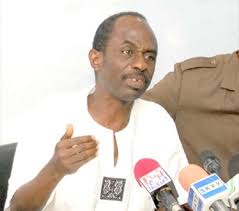 You are no more a serial caller – Asiedu Nketia jabs Hamid

Asiedu Nketia, General Secretary of the opposition NDC has rebuked Ghana's Information Minister Mustapha Hamid for accusing the NDC of leaking the D

Asiedu Nketia, General Secretary of the opposition NDC has rebuked Ghana’s Information Minister Mustapha Hamid for accusing the NDC of leaking the Defence Cooperation Agreement between Ghana and the USA to the media. 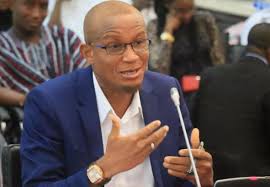 Information Minister, Mustapha Hamid on March 21 2018 blamed the opposition NDC for undermining the sanctity of Parliament by leaking documents to the media.

According to Mustapha Hamid in a Press Conference on March 21,2018, said it is just a mark of disrespect for the NDC to put out in public, an agreement yet to be discussed in Parliament.

“This is the second time a document goes to Parliament and then NDC MPs rush these documents to the media… in order to…destroy the credibility of debate that will be going on in Parliament”, he said.

Mustapha Hamid added that he particularly disappointed that the document discussed and approved at Cabinet, was not leaked until it landed in Parliament.

“The day we took it to Parliament,  the NDC elements took the document and threw it into the public space when even the debate has not started,” he said.

However, In a Press Conference today, March 22, 2018, Asiedu Nketia, General Secretary of opposition NDC rebutted  Mustapha Hamid, saying the Information Minister should be reminded that he is no more a serial caller but a Minister of state and therefore his utterance must reflect his current position.

Also, at the Press Conference, Minority Chief Whip, Muntaka Mubarak downplayed the claims made by Mustapha Hamid that the Defence Cooperation Agreement document got leaked when it got to parliament.

“This document was laid in Parliament precisely between 11 and 12 on Tuesday, and I was first MP to get a copy on Tuesday but on Monday the media had a copy of the document.”

Muntaka Mubarak added that if those documents were not meant for the Public, they should have known the procedure to follow.