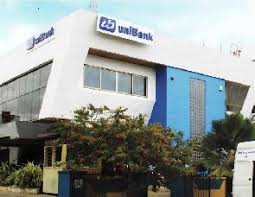 Former Attorney-General, Dr Dominic Ayine, will lead former managers of Unibank in an attempt to overturn the bank’s takeover by the central bank,

Former Attorney-General, Dr Dominic Ayine, will lead former managers of Unibank in an attempt to overturn the bank’s takeover by the central bank, reports indicate.

Reuters quotes Dr Ayine, who is said to be the legal adviser to the bank, as saying, “We intend to go for arbitration.”

“Managers of the bank told Reuters they would seek to reverse the takeover, saying the central bank did not meet the requirement to notify them before announcing the takeover,” the news agency reports.

The Bank of Ghana (BoG) on Tuesday announced a surprise takeover of the management of the private bank.

The Governor of the central bank, Ernest Addison, explained at a press conference that the takeover is due to challenges facing the bank.

He mentioned weak supervisory standards and weak operations as the cause of the challenges.

In a statement released after the press conference, the BoG said Unibank “persistently suffered liquidity shortfalls and consistently breached its cash reserve requirement.”

Audit firm, KPMG, has been selected to manage the troubled bank for six months.