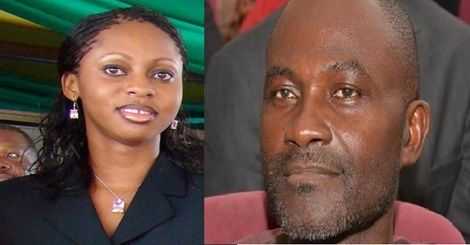 The Member of Parliament for Dome Kwabenya Sarah Adwoa Safo has revealed that her otherwise sweet love affair with firebrand politician Kennedy Agyapong was marred by politics.

The charming lawyer who has disclosed she has two kids with the Assin North Member of Parliament described him as “a sweet father” though Hon. Ken Agyapong is thought to be an unruly character by a section of the public.

Speaking to Bola Ray on Starr Chat on Starr FM Wednesday, Hon. Adwoa Safo also dismissed claims that Hon. Agyepong is a violent person, who subjected her to abuse while they were together, adding that the only reason their relationship could not survive was the fact that they had competing goals and visions.

“You’ve gone into relationships and you realize things don’t work out, so its with everybody. I’just like anybody…you go into something and probably as time goes on you don’t see it the way you want it, probably you’d want to move on.

“Sometimes you need to share in your dreams, once we are both politicians we have very competing interests and competing goals and vision. At some point it might not be on the same level and you might want to push it on your own. Politics probably pushed us apart. Of cause politics does a lot of things and so sometimes you just make the right decision then you move on” Adwoa Safo said.