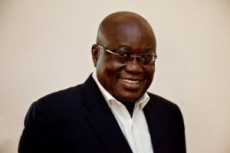 President Nana Addo Dankwa Akufo-Addo will next week, Thursday, February 21, 2019, present the state of the nation address in Parliament. The state

President Nana Addo Dankwa Akufo-Addo will next week, Thursday, February 21, 2019, present the state of the nation address in Parliament.

The statement, titled “Message of the State of the Nation” (SONA) is in accordance with Article 67 of the 1992 Constitution of Ghana which states: “The President shall, at the beginning of each session of Parliament and before dissolution of Parliament, deliver a message on the state of the nation.”

The delivery would be the third under the governing New Patriotic Party (NPP), since it regained power to manage the country.

The delivery of the Message on the State of the Nation is expected to focus on the performance of the economy, agriculture, social protection, and politics; and also tell Ghanaians measures Government was adopting to deal with national security, and Ghana dealings with the international community.

The announcement that the President would deliver the SONA on Thursday was made in Parliament by Mr Kwasi Ameyaw Cheremeh, the Majority Chief Whip, on behalf of Mr Osei Kyei-Mensah Bonsu, the Majority Leader and Minister for Parliamentary Affairs, in the Business Statement for the Week Ending Friday, February 22, 2018, on Friday.

According to Mr Kyei-Mensah Bonsu, Ministers are expected to attend upon the House to respond to 13 questions during the week; featuring questions on Ministries of Communications, Trade and Industry, Food and Agriculture and Roads and Highways.

Among the questions to be answered by the Minister of Trade and Industry are: when the Ministry will operationalize the Ghana International Trade Commission to help neutralize cheap imports.

The Minister of Trade and Industry would tell the House, what the Ministry was doing to ensure that manufacturers of plastic products, produce recyclable materials; what plans the Government of Ghana has to revive the Saltpond Ceramic Company, and what steps are being taken to revamp the Ayensu Starch Factory.

On the agricultural front, the House would ask the sector Minister among others, the performance outcomes of the Government’s flagship programme “Planting for Food and Jobs”; and the specified locations of the 311 facilities earmarked for the “one district, one dam programme.”

The House would also want to know from the Minister what measures the Ministry is putting in place to support the poultry industry.
According to the Business Statement, Ministers of State may also be permitted to make Statements of Government policy, as bills may also be presented to the House for First Reading.

“However, those of urgent nature may be taken through the various stages in one day…,” Mr Kyei-Mensah-Bonsu added.

Bills, papers and reports may be presented to the House, and motions may be debated and their consequential Resolutions, if any, taken during the week.