Reasons why you Must Eat AMEND Rice this Christmas

Rice is the major staple food in Ghana after maize, in detail there is barely anyone in this part of the world who does not include rice in his or h 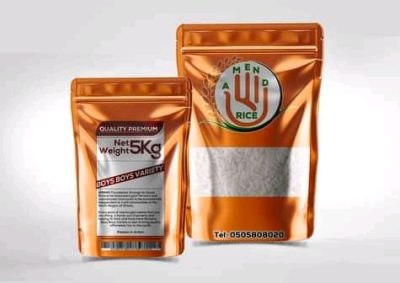 Rice is the major staple food in Ghana after maize, in detail there is barely anyone in this part of the world who does not include rice in his or her diet, at least once in a week.
Figures from the Ministry of Food and Agriculture show current annual per capita consumption of rice is about 40kg per person, which is even predicted to hit 63 kg by next year. The demand for rice routinely shoots up during Festive seasons like Christmas.
Unfortunately less than 40% of the rice consumed in the country is produced locally despite the adverse effects that comes with the mass importation of rice in Ghana. Regarding this write-up, we are going to look keenly about essentials of eating AMEND local rice from the soils of Asunafo South in the Ahafo Region coming this festive season. This is also to bring about consciousness to encourage Ghanaians to patronize locally made product to ensure youth employment in Ahafo Region. 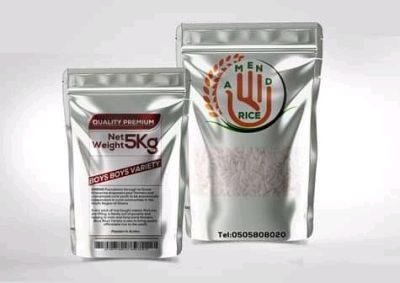 – CONSUMPTION OF LOCAL RICE BOOST THE GHANAIAN ECONOMY
When Ghanaians support rice Produced from our own soil, we can be assured of a healthy economy at the long run. In 2016 for instance Ghana imported some 689,000 metric tons of rice which cost approximately $300 million, according to an official of the Ministry of Food and Agriculture. This money could have stayed in the country for other projects.

– EMPLOYMENT OPPORTUNITY FOR THE LOCALS.
Over the years various governments have struggled with workable strategies for employment in the country, we believe that when rice production is given much attention and focus, it can employ a lot of people than many other sectors. From the peasant farmer to factory hands channeled to distributors and wholesalers in the market is even enough to cater for many jobless youth. After all the same people will pay taxes to the government to boost our revenue as a nation. The forecasts in rice production can employ thousands of young persons in the country considering the high demand of rice.

– DANGERS OF CONSUMING IMPORTED RICE.
Rice importations have come under heavy criticisms globally due to the storage processes of some of the giant mass producers of rice exports to many parts of the world. Some of these commercial producers, export millions of tons of rice which make their storage and preservation processes highly questionable, there by posing numerous health risks to consumers. The hard truth is, more of the rice imported have spent years in ware house with little or no nutrients at all.
Not to talk of the importation hustles. The dark side of such consents may bear health risks in international transport and production sharing. For instance in European Harbors, between 10% and 20% of all containers arriving were shown to contain volatile toxic substances above the exposure limit values. Possible exposure to these toxic chemicals may occur not only for the applicators but also the receiver by off gassing from products, packing materials or transport units like containers. The case might even be worst here. Issues like this are hardly addressed because other stake holders in the importation industry might take a swipe at this for sabotage, however when it comes to matters of health, it becomes paramount to set our priorities right. 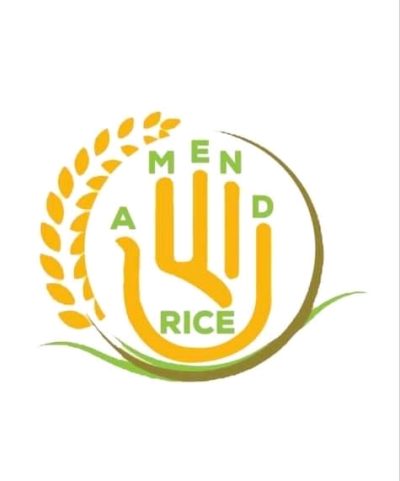 Gone are the days where people complain about stones found in rice and unpolished grains by local producers. Today, companies like AMEND FOUNDATION producers of AMEND Rice, process Ghana made rice with Sophisticated and Modern rice Mill equipment’s. Hi tech Machines like the Rice mill – 50T- Type, Rice Dryer, Manual rice trans planter, rice combined Harvester, Rode Paddy rice trans planter and other state of the art equipment to give You polished and quality grains healthy for consumption.
The farm produce goes through all the Modern rice processes from dehusking to paddy separation, destoning, Polishing/ whitening, rice separation and weighing.

For some reasons there is this perception out there that local rice is very expensive. This is false as we can confidently say that in terms of market price the local rice is less expensive than other imported rice brands on the market, a clear example is AMEND Rice which as well as has a classic packaging.
For a healthy and hazard free Christmas, you and your family should consume locally made rice.
Buy AMEND Rice which is produced and packaged in Asunafo South – Ghana Today at affordable price.
Call +233505808020

Loading...
Newer Post
Register Now As a Member of AMEND RICE Grower’s Association Via 0505808020
Older Post
Needy but Brilliant Sylvanus Atta Senior Who got 8As in WASSCE Needs Financial Support to further His Education at the University