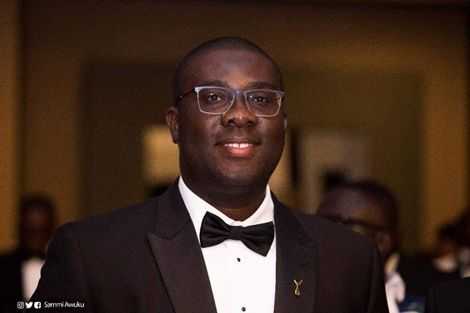 According to him, it is unbefitting the status of the former President to resort to name-calling of some opinion and religious leaders.

Mr Mahama, after some members of the NDC were shot at La Bawaleshie during last Thursday’s Ayawaso West Wuogon by-election, issued a rather strong warning to the ruling NPP saying ‘we are going to match them boot for boot’.

“We are not going to joke in 2020, and I’m sounding a warning to the NPP – we are going to match them boot for boot . . . I want to sound a caution that NDC has a revolutionary root and when it comes to unleashing violence, no one can beat us to that. It is just that we are mindful of this country’s democracy and that is why we must be the first to respect it. That is why we are acting as a party that is docile and respecting the rule of law. But if we believe that the government cannot protect our people and we believe that the government is using its vigilante groups and illegal forces to intimidate and harass and injure our people, then we may have to advise ourselves.”

His comments appeared not to have gone down well with sections of the public who considered them to be inflammatory.

Responding to the critics at a campaign event late Saturday evening in the Volta Region, the former president slammed those calling on him to apologise, describing them as hypocrites and and rather asked them to condemn those who engaged in the shootout.

“. .the problem with Ghana is the hypocrisy of some of our opinion leaders.”

“Anytime NDC is in power, they are always very vocal”, Mr. Mahama stated, adding that “when something happens . . . they are condemning, but as soon as their preferred government comes into power, everything is right: ‘family and friends [government]’ is okay as long as they are qualified”.

“You think NPP will be in power forever?” he rhetorically quizzed.

Speaking to the issue on Kasapa News, Mr. Awuku stated that the former president and his party, the NDC, will do themselves more harm than good, if they continue to despise the Peace Council and religious leaders because he may need their help someday.

“I beg of President Mahama to listen to the wise counsel coming from the National Peace Council. He should listen to the wise counsel coming from these men of God and civil society. I’m saying this because these are the same institutions former President John Mahama may need them. When he feels that his party has been unfairly treated, these are the same people and institutions that he’ll have to appeal to. If these bodies advise you and you don’t take heed, how can you go to them when you need their support one day?” he questioned