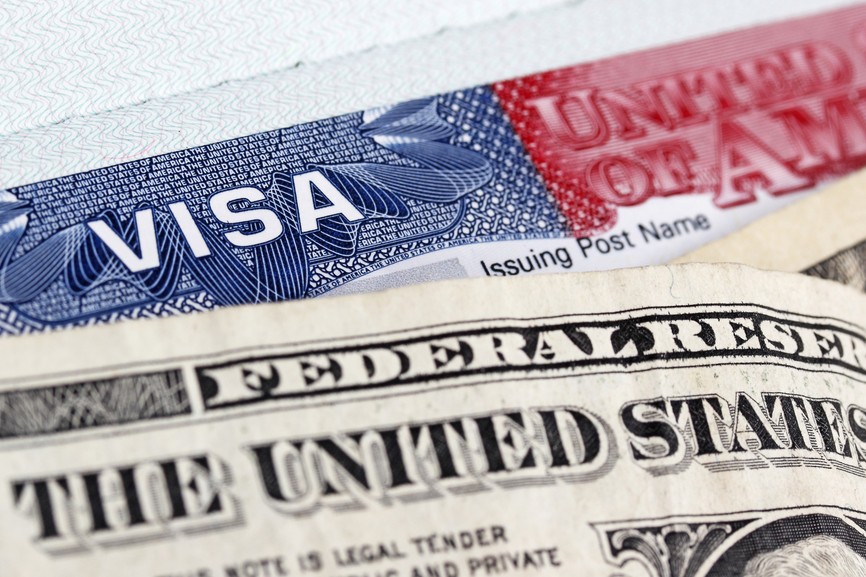 US visa sanctions on Ghana take effects on 4th February 2019

The US Embassy in Ghana will from today, Monday, suspend the issuance of all new visas for domestic employees of Ghanaian Diplomats hosted in the US.

The US Embassy in Ghana will from today, Monday, suspend the issuance of all new visas for domestic employees of Ghanaian Diplomats hosted in the US.

The Embassy would also limit the normal five-year validity period and a number of entries on Tourist and Business visas for all Ghanaian Executive and Legislative branch employees, their spouses and children under age 21, to single entry visas valid for only one month.

This has become necessary following what the United States says is the government of Ghana’s failure to accept about 7,000 Ghanaians earmarked for deportation from the US.

The US government’s statement that announced the restrictions warned that Ghana will faced more sanctions if the government’s posture does not change.

“Without an appropriate response from Ghana, the scope of these sanctions may be expanded to a wider population. The sanctions will remain in place until the Secretary of Homeland Security notifies Secretary Pompeo that cooperation on removals has improved to an acceptable level.”

Meanwhile, the Ministry of Foreign Affairs and Regional Integration has refuted claims by the United States of America government that it is not cooperating on the deportation of Ghanaians from the US, which has led to visa sanctions being placed on some Ghanaian citizens.

In the government’s first official response on the matter, it expressed concern and disappointment with the development and said such allegations were “unfounded.”

The ministry also said, “the sanctions imposed on Ghana are without any justification whatsoever.”

It held that it had “always cooperated with the US authorities in the processing and removal of Ghanaian citizens who have been cited for deportation.”

Indications from as far back as 2017 indicated that 7,000 Ghanaians were facing deportation.

The then-US Ambassador to Ghana, Robert P. Jackson, said the 7,000 were guilty of various immigration offences and had abused the terms of their visas.

At the time, he said the Ghanaians were at different stages of the deportation process.

But the government said it did not want to rush the process and wanted to thoroughly vet the said deportees.

The government was at the time also concerned with reports of the ill-treatment of Ghanaians deported by the US government.

Robert Jackson was invited by the Foreign Affairs Committee of Parliament to give clarity on reported ill-treatment of deportees.

There were reports that a batch of deportees in 2017 were handcuffed and forced aboard the plane to Ghana, though the US Embassy denied that any inhumane treatment took place.

Ghana’s Ambassador to the US, Dr. Barfuor Adjei-Bawuah, had also suggested that he was under pressure from US authorities to sanction the deportation of Ghanaians.

Those revelations came amid accusations that the US was trying to bully Ghana by threatening visa restrictions.

Robert Jackson retorted that the US was only seeking to enforce its immigration rules and not to threaten Ghana with visa restrictions.

He said the US just wanted the government to speed up the process for issuing travel documents to the Ghanaians scheduled for deportation.