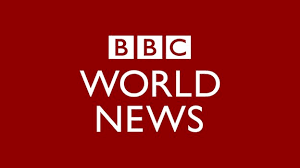 The fire which killed 64 people, 41 of them children, at a leisure complex was caused by "criminal negligence", President Vladimir Putin has said.

The fire which killed 64 people, 41 of them children, at a leisure complex was caused by “criminal negligence”, President Vladimir Putin has said.

Investigators say the fire alarm was switched off and exits were blocked when the fire started on Sunday.

Interfax news agency reported that some 300 people gathered outside the local government headquarters demanding the dismissal of authorities.

The cause of the fire is not yet known, but Russia’s Investigative Committee has spoken of “serious violations” at the Winter Cherry mall.

“What is happening here?”, the Russian president said after laying a wreath at the scene. “This is no battle or an unexpected methane outburst in a mine.”

“People, children came to relax. We are talking about demography and are losing so many people because of what? Because of criminal negligence, sloppiness.”
At the scene: Relief for some

Sunday was the start of a public holiday and many children were playing upstairs at the critical moment without adults standing by to help.

Irina said that on the second floor people began shouting “Fire!”. “I tried to go back up, but my path was blocked, there was a lot of people.”

The parents of the birthday girl managed to rescue her and her friends. Darina was reunited with her mother on the first floor.

Darina was fretting after leaving her friend Sonya. Luckily Sonya survived, too.

How party turned into nightmare

Sunday’s blaze started on an upper floor. The mall’s shops, cinema and bowling alley were packed at the time.

The Investigative Committee says a fire safety technician at the complex “switched off the alarm system” after being alerted about the fire.

It said a criminal investigation had begun.

Five people have been arrested including the official suspected of deactivating the public address system.

In a Facebook post (in Russian), Kemerovo politician Anton Gorelkin said that “fire exits were shut, turning the complex into a trap” and “there was no organised evacuation”.

He also said a fire extinguisher that could have doused the flames at the start did not work.

The region’s deputy governor, Vladimir Chernov, said “this is the question: Why were the doors shut?”
Cigarette lighter?

Mr Chernov was quoted as saying the fire probably began in the children’s trampoline room.

“The preliminary suspicion is that a child had a cigarette lighter which ignited foam rubber in this trampoline room, and it erupted like gunpowder,” he said.

However, Rossiya 24 TV, a national broadcaster, said an electrical fault was the most likely cause – as in most previous deadly fires in Russia.
Russia’s deadliest fires

2009 – 156 people die in a Perm nightclub inferno in the Urals region, Russia’s worst fire in recent years (fireworks and lack of exits blamed)

1999 – Fire engulfs the police headquarters in the southern city of Samara, killing 57 people (burning cigarette blamed officially, but arson by criminals not ruled out.

Interfax news agency has published a list of 41 children among the victims.

As well as those killed, 11 injured victims were being treated in hospital, suffering from smoke inhalation.

The most serious case is an 11-year-old boy whose parents and siblings died in the fire, Health Minister Veronika Skvortsova said. He reportedly fell from the fourth floor and is in intensive care with multiple injuries.

Officials says 56 bodies have been recovered and the remains of 21 have been released to relatives for burial.

Yevgeny Dedyukhin, deputy head of the Kemerovo region emergency department, said the area of the fire was about 1,500 sq m.

“The shopping centre is a very complex construction,” he said. “There are a lot of combustible materials.”