See how many NDC aspirants have so far picked their forms 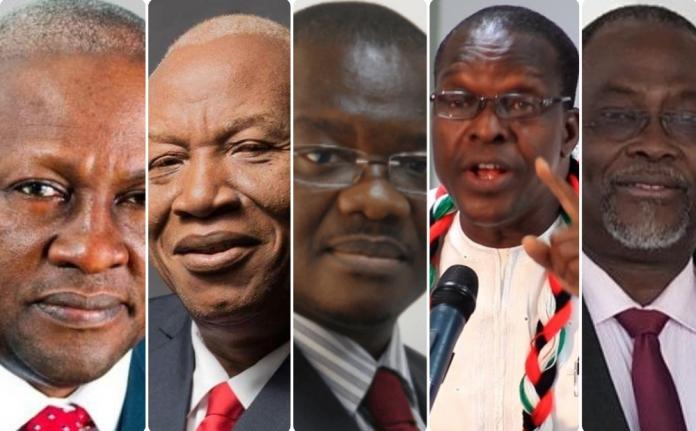 The three who have so far been able to meet the December 5 deadline apart from Mr Mahama are Joshua Alabi, Stephen Atubiga and Sylvester Mensah.

Some eight other contestants had petitioned the National Executive Committee over the fees being charged for the forms but it appears even before a decision is taken on the petition, the door is almost closed on them.

The eight aspirants said in their petition that they wanted the nomination forms pegged at 5,000 cedis and the filing slashed to GHC 100,000.

The National Democratic Congress (NDC) has set its party’s presidential primaries for January 19, 2019, with aspirants expected to pay GHC 20,000.00 for nomination forms while the filing fee will cost GHC400,000.00