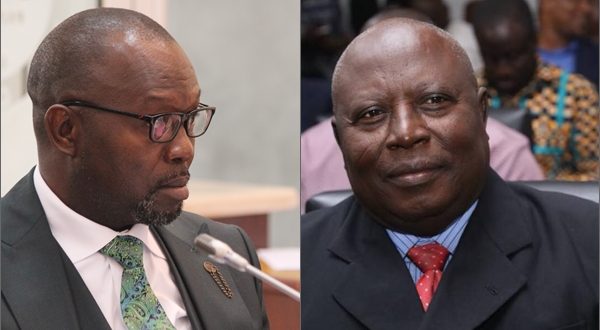 An application by Former Deputy Attorney General, Dominic Ayine seeking to file additional arguments against the eligibility of Martin Amidu as Specia

An application by Former Deputy Attorney General, Dominic Ayine seeking to file additional arguments against the eligibility of Martin Amidu as Special Prosecutor has been dismissed by the Supreme Court.
The judge presiding over Thursday’s hearing, Justice Gabriel Pwamang said the application was not supported by the rules of the court.

Deputy Attorney General, Godfred Dame, opposed Dr. Ayine’s application by suggesting that the rules of procedure require the applicants to amend their statement of case rather than seeking to add to same.

Lawyer for the Applicant, Tony Lithur, however argued that the Supreme Court has the power to accept the procedure they have adopted by way of seeking to add to their Statement of case instead of amending it.

But the presiding judge dismissed the application, saying that the rules of procedure are clear and cannot be bent just to please the applicants.

Dr. Ayine in his suit is praying the Supreme Court to halt the appointment of 66-year-old Martin Amidu as he is grown past the retirement age for public office holders.

However, Martin Amidu, while speaking to the media after the hearing of the case Thursday, has said he is going on with his work despite the suit.