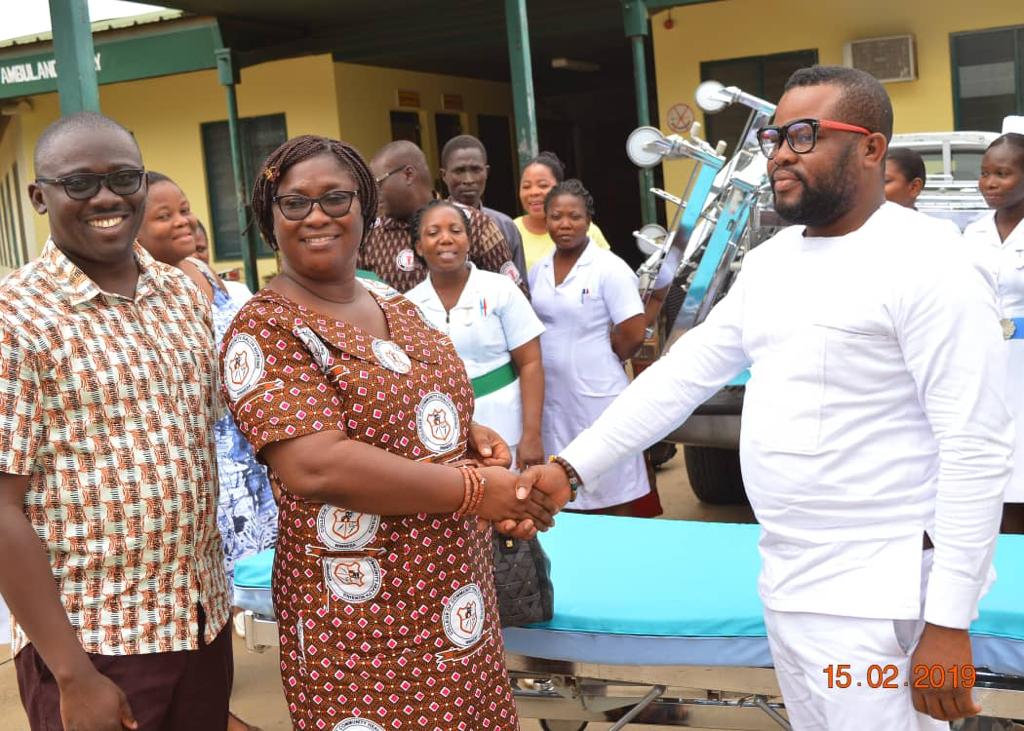 Innocent Supremo Tetteh popularly known as Chief Supremo on Saturday, 16th February, 2019 donated hospital beds and mattresses worth 30,000 Ghana Cedis to the Sogakope District Hospital as part of his social responsibilities to the South Tongu district and Volta region as a whole. 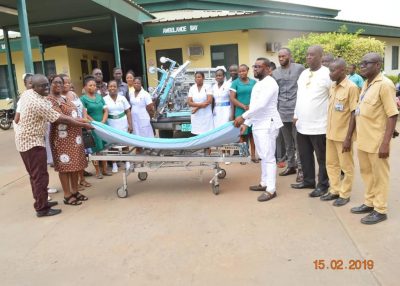 Chief Supremo, the man many Voltarians label as “The Volta Messiah” and “Volta’s Last Hope” is the founder and convener of Volta Youth for Development (VYD), a movement he formed in 2014 purposely to fight for an enhancement of the progress and development of the Volta region, after his observation of the continuous deteriorating spate of development and progress of the region in all aspects and sectors.

Chief Supremo opined that he started his benevolence with the Sogakope District Hospital, an activity as part of a whole “pressing for development agenda” he will be replicating across the entire Volta Region, due to the pressing needs of the hospital, being a native of the district, and most importantly his great connection to the hospital due to how the medical staffs of the hospital showed his late mom love and care when she was hospitalized there during most of the period of her illness before her pass away. Chief Supremo also promised to soon make another donation to another institution in the region on his birthday but he declined to make known what kind of items, time and location.

Sogakope District Hospital is situated in Sogakope, the capital of South Tongu District.

The Sogakope District Hospital Senior Health Administrator, its entire health workers and the South Tongu District Health Director were all full of praise of Chief Supremo for his donation. Mrs Florence Gyaase-Nketia, South Tongu’s District Health Service Director professed that she was highly amazed that such a huge donation could come from such a young man, she advised Chief Supremo never to relent on doing more of such just as he has promised to make it his priority. She also appealed to the public to come to the aide of the nurses in terms of accommodation since most of the nurses get constant attacks due to a lack of nurses’ bungalows in the district, and as a result making their stay in the district not safe and thus not motivating. More over, she also pleaded for more support for the Sogakope District Hospital and the other health facilities in the district due to the numerous challenges facing them.

Farouk Adam Iddrisu, Senior Health Service Administrator on his turn asserted that this was the first donation to the hospital since he started work there in 2018, and one of the biggest since 2013. Like Oliver Twist, he requested earnestly for more of such assistance to the hospital especially delivery beds to the maternity ward which has become most crucial at the moment.

Chief Supremo is an NPP Political Activist, an Advocate for the wellbeing and development of Volta Region and a former NPP Volta Regional Secretary Aspirant. Further more, he is the Founder and Convener of Volta Youth for Development (VYD), and also a Founding and Leading Member of Critical Thinkers International (CTI).

Hhhhmm, may God be praised always