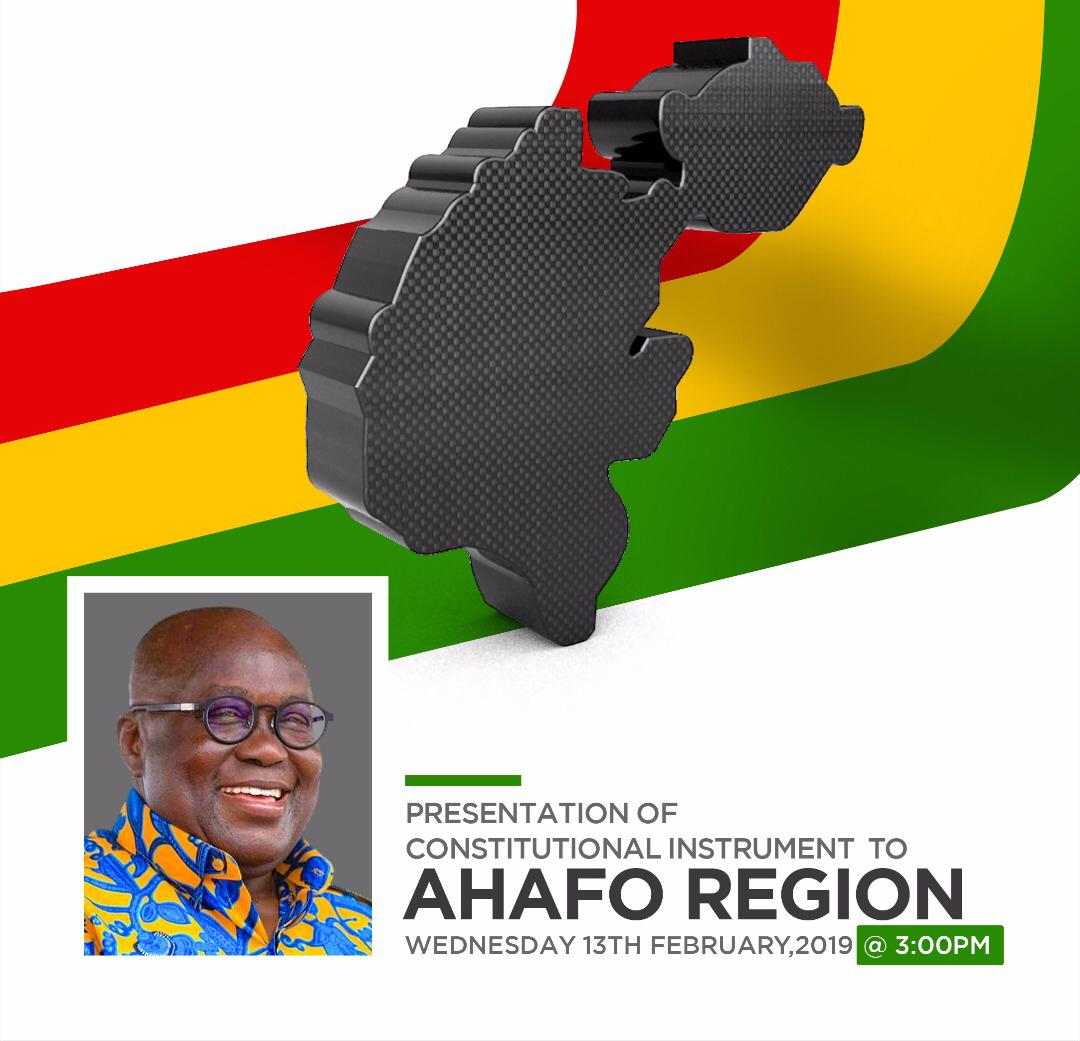 AHAFO, the path to ‘Regionhood’

The Ahafo Region is a newly created Region in Ghana with Goaso as it's capital. The region which formed the south-eastern component of Brong Ahaf

The Ahafo Region is a newly created Region in Ghana with Goaso as it’s capital.

The region which formed the south-eastern component of Brong Ahafo was carved out as new region in fulfillment of a campaign promise made by New Patriotic Party.

Prior to the 2016 Ghanaian General Elections, the then NPP Presidential candidate Nana Akufo-Addo declared that when elected, he would explore the possibility of creating new regions out of some of the existing regions in Ghana in order to bring government closer to citizens.

The execution of plans for the creation of the regions was seeded to the newly created Ministry of Regional Reorganization and Development which is under the leadership of Hon. Dan Botwe. He was mandated to follow all due processes towards the creation of new regions in Ghana.

In March 2017, the Ministry sent the blueprint for the creation of the region along with others to the Council of State . The council met over 36 times from the time of submission to August 2017.

Then come the Justice Brobbey Committee, where Ahafo witnessed a massive and unanimous endorsement by both major Political parties and Nananom of Ahafo.

The final stage for the creation of the region was decided through a
referendum by the people within the catchment of the new region on 27 December 2018.

On the 13th of February 2019 the president upon the legislative and administrative instrument C.I. 114 announced Goaso as the Capital of the Ahafo Region.