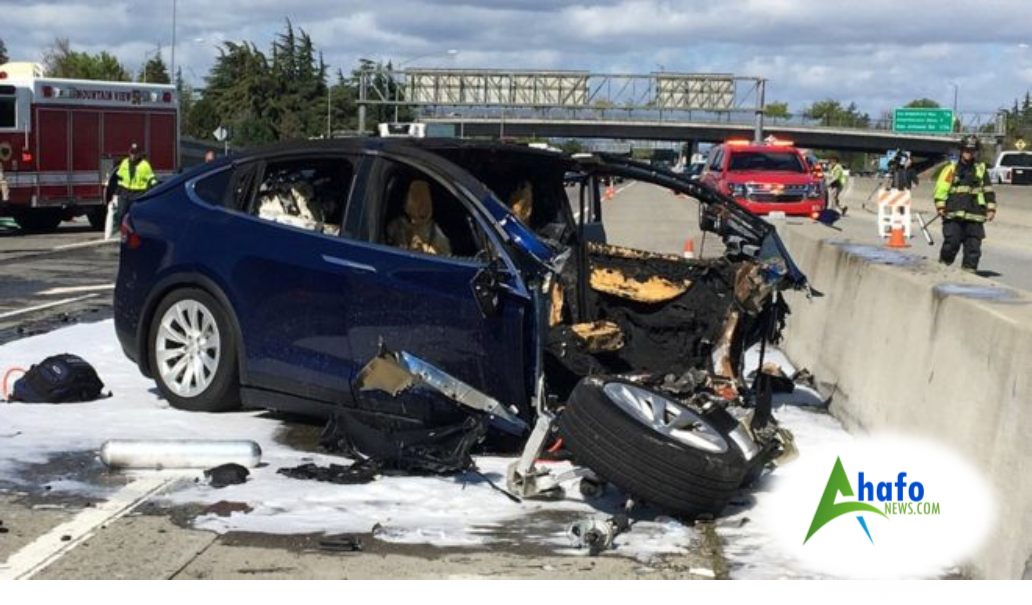 Tesla in fatal California crash was on Autopilot

One of the company's Model X cars crashed into a roadside barrier and caught fire on 23 March. Tesla says the 38-year-old driver, who died shortly

One of the company’s Model X cars crashed into a roadside barrier and caught fire on 23 March.

Tesla says the 38-year-old driver, who died shortly afterwards, had activated Autopilot seconds before the accident.

But they did not say whether the system had detected the concrete barrier.

# Will we be able to trust self-driving cars?

“The driver had received several visual and one audible hands-on warning earlier in the drive,” a statement on the company’s website said.

“The driver’s hands were not detected on the wheel for six seconds prior to the collision.”

“The driver had about five seconds and 150m (490ft) of unobstructed view of the concrete divider… but the vehicle logs show that no action was taken,” the statement added.

Tesla’s Autopilot system does many of the things a fully autonomous machine can do. It can brake, accelerate and steer by itself under certain conditions.

In 2016, a Tesla driver was killed in Florida when his car failed to spot a lorry crossing its path.

It led the company to introduce new safety measures, including turning off Autopilot and bringing the car to a halt if the driver lets go of the wheel for too long.

The accident in California comes at a difficult time for self-driving technology.

Earlier this month, Uber was forbidden from resuming self-driving tests in the US state of Arizona.

It followed a fatal crash in the state in which an autonomous vehicle hit a woman who was walking her bike across the road.

It was thought to be the first time an autonomous car had been involved in a fatal collision with a pedestrian.

The company suspended all self-driving tests in North America after the accident.