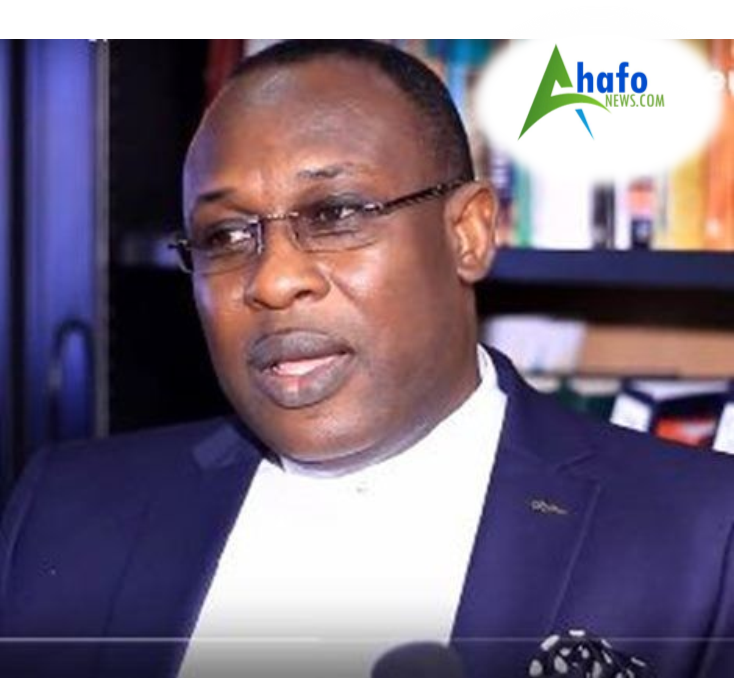 Vice President of Imani Africa has hinted that the ruling NPP could lose votes of electorates listing their supposed shortfalls which he termed as ‘political sins’.

Kofi Bentil’s prediction comes after the whole country was thrown in a state of panic over the arrest of NDC firebrand Koku Anyidoho for making allegedly treasonous comment on Accra-based Happy FM.

He stated categorically that, the decision to arrest and detain Koku Anyidoho’s for two days was not right in the eyes of the law.

He also said that if the governing NPP thinks that the mass protests against the GH-US military pact was in the minority’s interest alone, they should be careful as it was a move which indicates a national rejection.

“Think wrongly that the demo against US agreement was an NDC demo! It was a national rejection. Take heed,” he warned in a Facebook post.

He had said on air that, president Nana Akufo-Addo will be overthrown just like his father was in 1972.

“On January 13, 1972, a certain Col. Ignatius Kutu Acheampong led a movement that removed the Progress Party from power. Busia was the Prime Minister and Akufo-Addo’s father was a ceremonial president. Somebody should tell Nana Akufo-Addo that history has a very interesting way of repeating itself. There’ll be a civil revolt,” Mr Anyidoho said in an interview.

He has since been charged with treason and will be arraigned before court.

By law the police have 48 hours within which to keep a suspect after which they must proceed to court to ask for remand if they still want to keep the suspect.

Thursday afternoon is 48 hours, since Anyidoho was arrested in dramatic fashion at the International Press Centre. 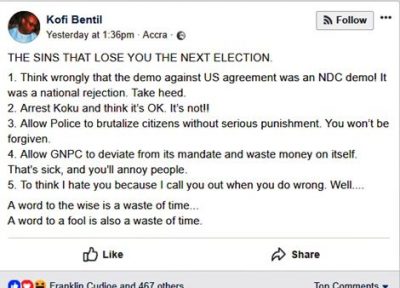