Two teenagers have been put before an Accra Circuit Court for allegedly defiling a 14-year-old girl at Abossey Okai, in Accra. Ebenezer Agyakw

Eastern Region: Fuel attendant and manager jailed 15 years for stealing GHC102,000
Mentally Unstable Man To Have Sex With Them
Hit-and-run driver charged with murder of teacher 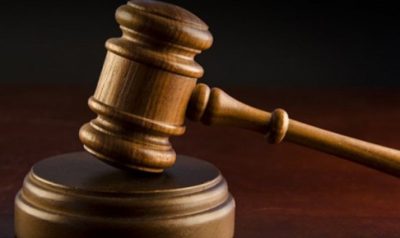 Two teenagers have been put before an Accra Circuit Court for allegedly defiling a 14-year-old girl at Abossey Okai, in Accra.

The Court presided over by Mrs Rosemary Baah Tosu has admitted them to bail in the sum of GHS 100,000 each with two sureties each.

Prosecuting Deputy Superintendent of Police (DSP) Agnes Boafo said the complainant (name withheld) in the case was an Electrician residing at Abossey Okai and the father of the victim.

Prosecution said in January 2022, Agyakwa proposed love to the victim, and they started a relationship.

According to prosecution, in February and April 2022, Agyakwa lured the victim to a corridor where he sleeps after work at Abossey Okai and had sex with her.

In April 2022, the prosecutor said during the easter holidays, Agyakwa travelled to Kwahu and whiles there, the victim called and informed him that she had met Addy and they were now in a relationship.

The prosecutor said Addy and the victim also began a relationship in June, this year.

In July and August this year, Addy lured the victim into his room at Abossey Okai and had sex with her.

Prosecution said on September 1, this year, the complainant noticed some changes in the victim and when she was quizzed, she “confessed” being pregnant and mentioned accused persons names.

The prosecutor said accused persons were picked up.

Prosecution said during interrogation the complainant told the Police that the victim was 14-years old but had no document to prove her age.

The Prosecutor said when age assessment was conducted at the Police Hospital Radiology Department indicated that the victim’s bone age was estimated at 14 and 15 years.