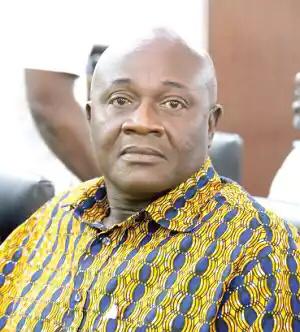 You Can’t Intimidate Us . . . We Are Focused – Dan Botwe To ‘Chiefs And People’ of Nkoranza

Minister for Regional Reorganisation and Development, Mr Dan Kwaku Botwe has condemned a press statement issued by the people of Nkoranza accusing the

Minister for Regional Reorganisation and Development, Mr Dan Kwaku Botwe has condemned a press statement issued by the people of Nkoranza accusing the President and the Ministry of sidelining them.

According to him, government cannot be cajoled into doing what it is not ready to do.

“You can’t threaten or intimidate the ministry or the President . . . discussions have been held and the right thing will be done. The language (from everyone) is that they will accept the President’s decision and so I don’t know where this is coming from,” he told Kwami Sefa Kayi on Peace FM’s ‘Kokrokoo’ programme.

A statement from the Chiefs and people of Nkoranza intercepted by Peacefmonline.com, accused Dan Botwe of sidelining them from most of the discussions that have been held on the selection of the regional capitals for the new regions.

“The Hon. Minister for Regional Reorganization and Development, Hon. Dan Botwe and the Brong Ahafo Regional Minister, Hon. Evans Opoku-Bobie failed to invite Nananom from Nkoranza Traditional Area to the meeting that was organized on 7th February, 2019 at the Regional Administration, Sunyani, for the purpose of thanking Nananom and extending an invitation to them to attend the official inauguration of the Bono East Region in Accra . . . It is therefore not surprising that even though Nananom from Nkoranza Traditional Area have submitted a Petition to the President with a copy to the Hon. Minister for Regional Reorganization and Development, the Minister has claimed that he has not received any petition from Nkoranza. The Chiefs and people of Nkoranza Traditional Area consider the denial from the Minister as Elimination by Rough Tactics”.

“We wish to remind the President and the NPP Government that if the capital of Bono East Region is located at a place which does not meet the aspirations and wish of the Chiefs and people in the region, it will have serious consequences on the fortunes of the party in the next elections. We consider His Excellency, President Addo Dankwa Akufo-Addo as a listening and transparent President who will take our concerns into account before naming the capital of Bono East Region,” the statement added.

However, Dan Botwe, who was not happy with sentiments raised in the statement, said government will not be threatened or intimidated.

“Discussions have been held . . . we are not singling out anybody. Their accusations are totally baseless and an insult on my integrity. We are focused on what we are doing . . . They should be embarrassed that they are making such accusations . . . pure tactics.

“You are insulting the intelligence of the president and that is what whoever wrote that petition is trying to do. If you claim it is the prerogative of the president then what are you talking about? Nobody will be intimidated by this . . . Some are not worried about the capital but are interested in development and they have already started lobbying and not fighting about where the capital will be . . . we are focused on what we are doing and we know majority of the people are happy with what we are doing,” he added.

President Nana Akufo-Addo on February 12, 2019 will publicly present the C.I. on the creation of the six new regions at separate meetings at the Jubilee House.

“Delegations comprising Chiefs and people of the new regions have been invited to the Jubilee House in Accra for the official ceremonies,” a statement from the presidency said.