Some Members of Parliament have challenged Speaker Alban Bagbin’s threat to publish names of legislators who have tested positive for coronavirus but have refused to isolate and seek the necessary treatment.

This comes after the Speaker, in a statement read on his behalf by the first deputy Speaker, Joseph Osei Owusu threatened to take action against people who tested positive but still come into the Chamber.

Mr Bagbin indicated that should the MPs fail to “withdraw from the precinct of Parliament” by next week, he will be forced to name them for everyone to know their Covid-19 status.

But reacting to this, some Parliamentarians argued that the Speaker does not have the right to publish the confidential medical reports of MPs.

Speaking to JoyNews, MP for South Dayi, Rockson Dafeamekpor said although Speaker Bagbin has the test result of all legislators, it will be imprudent for the Speaker to openly declare MPs who have tested positive for the virus.

“The leadership has the list so they know those who are positive and those who are negative but I am not in favour [of publishing the names] because these are medical matters and must be confidential,” he told JoyNews’ Elton Brobbey.

Holding a similar sentiment, MP for Sekondi, Andrew Egyapa Mercer in an interview on JoyNews’ AM Show Thursday said Mr. Bagbin must use other means rather than publication to get the MPs to comply.

“I don’t have the result for the second testing that we have done in Parliament because I guess that the protocol with respect to the test that we do in Parliament is that, only those who test positive are contacted and they proceed to take the necessary steps relating to isolating and subsequent treatment if need be,” he said. 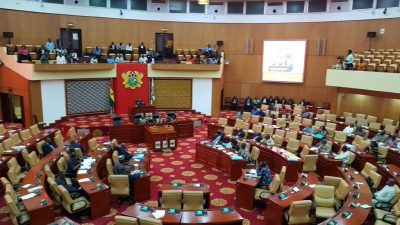