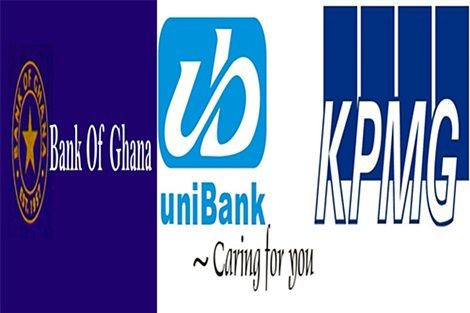 The Bank of Ghana (BoG) today, Tuesday March 20, 2018, announced that it has taken over the management of uniBank, by appointing an administr

The Bank of Ghana (BoG) today, Tuesday March 20, 2018, announced that it has taken over the management of uniBank, by appointing an administrator, KPMG, to run the indigenous bank.

According to the central bank, it took the decision to save uniBank from collapse.

Here are the 10 major reasons why the central bank took over uniBank.

2. uniBank suffered liquidity shortfalls and consistently breached its cash reserve requirement. As a result, UniBank relied extensively on liquidity support of over GHS 2.2 billion from the Bank of Ghana over the past two years to meet its recurring liabilities.

3. uniBank conducted its credit administration in a manner that has jeopardized the interests of depositors and the financial sector as a whole.

4. uniBank failed to comply with a directive of the Bank of Ghana dated 26th October, 2017, under section 105 of Act 930, prohibiting the bank from granting new loans and incurring new capital expenditures.

5.uniBank failed to comply with several other regulatory requirements, including Lending to a number of borrowers in excess of its regulatory lending limit (single obligor limit).

6. uniBank was borrowing from the inter-bank market without the written approval of the Bank of Ghana when its CAR was less than the prescribed ten percent (10%), in breach of the BoG laws.

7. uniBank was outsourcing a number of services such as those of tellers, receptionists, and security, to affiliate companies without the prior approval by the Bank of Ghana, contrary to BoG Laws.

8. uniBank refused to cooperate with the Bank of Ghana in the performance of its supervisory responsibilities, including deliberately concealing some liabilities from its balance sheet, and failing to submit documents and records for supervisory inspection.

9. uniBank was engaged in poor corporate governance and risk management practices which rendered the bank vulnerable to macroeconomic shocks.

10. uniBank was generally conducting its affairs in a manner detrimental to the interests of depositors and the financial system as a whole.