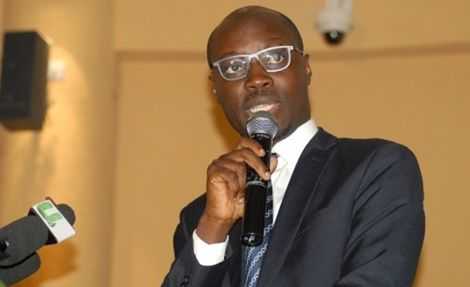 Government To Blame For Collapse of Unibank – Ato Forson

For not making the attempt to rescue the bank early enough, the government must take responsibility for the collapse of Unibank. That’s the

Today Marks 17th Anniversary of May 9th
Newspapers Headlines: Monday, May 21, 2018.
NEW REGIONAL CAPITALS TO BE kNOWN NEXT TUESDAY

For not making the attempt to rescue the bank early enough, the government must take responsibility for the collapse of Unibank.

That’s the claim by the Minority Spokesperson on Finance Casiel Ato Forson.

In an interview with Joy News hours after the Bank of Ghana announced a major takeover of Unibank, Ato Forson said it is unacceptable that within a period of eight months three locally owned banks had collapsed.

Late last year, UT Bank and Capital Bank were the first on the list of takeovers by the Bank of Ghana after it emerged the indigenous banks had fallen below the minimum capital requirement.

In Parliament on Tuesday, both the Majority and Minority members of the House agreed that government should pursue managers of the two banks and collect the amount of money it would cost the government to manage the collapse.

The government had early on hinted the cost of the insolvency which was put around ¢2 billion was going to be borne by the taxpayer, a decision the MPs kicked against.

Ato Forson in a relentless crusade had kicked against government’s decision and charged managers of the state to pursue the owners of UT Bank and Capital Bank.

However, when the MP was confronted by Evans Mensah on what government had to do in the Unibank case, the Ajumako Enyan Essiam MP said the government had failed. They should have saved the bank, he averred.

“The Central Bank and the government have questions to answer…” he said, adding, “We are ceding the financial sector to foreigners.”

He was convinced Unibank had collapsed and demanded to know who authorized the takeover.

He suspected the takeover was part of a grand IMF plan which government has bought into.

The Bank of Ghana on Tuesday announced the takeover of Unibank with KPMG as the new administrator for the bank.

Governor of the Central Bank Dr Ernest Addison cited a number of challenges, including the concealment of liabilities on the balance sheets of Unibank by managers of the bank.

“UniBank’s problems are part of the legacy issues in the financial sector attributed to weak economic growth and poor corporate governance and risk management practices.

“It will be recalled that UniBank was one of nine banks identified after the asset quality review exercise undertaken in 2016, to be significantly undercapitalized with a CAR of 4.75%,” a statement from the Bank of Ghana said shortly after the official announcement.

KPMG, announced as administrators of the Bank will have six months to manage the bank after which it will revert to an unnamed private organization, the statement said.

Interestingly, the takeover was announced barely a month after Unibank had officially announced a ‘takeover’ of some majority shares owned by GCB.