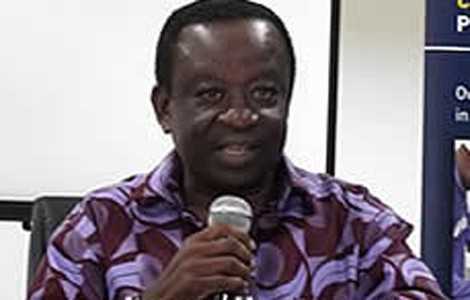 Director of Bureau of National Investigations (BNI), William Akwasi Appiah has been sacked

. He has been replaced by the Head of Research. Report suggest that there are some ongoing changes. The decision was taken at a meeting held at

He has been replaced by the Head of Research. Report suggest that there are some ongoing changes. The decision was taken at a meeting held at the BNI headquarters in Accra Thursday afternoon.

It is unclear the reasons behind the changes at the fortified investigative edifice.

However, sources suggest it may be linked to the arrest of deputy General Secretary of the National Democratic Congress (NDC) Koku Anyidoho and how some opposition officials including former President John Mahama had access to him while he was behind bars.

Former President, John Mahama yesterday visited the embattled deputy general secretary of the NDC at the Bureau of National Investigation’s headquarters. This was a day after Mr. Anyidoho was detained for making treasonable comments.

in a picture gone viral, Mr. Mahama was pictured with Anyidoho, along with Julius Debrah, who served as his Chief of Staff; the NDC General Secretary, Johnson Asiedu Nketia and former Attorney General, Betty Mould Iddrisu, at the BNI headquarters

An official statement is yet to be released.