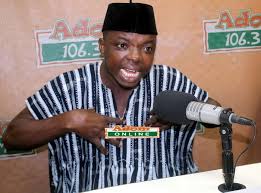 ABRONYE DC IS OUR BEST BET.

From Yeboah Benjamin's Desk..... Leadership is not about title or a designation. Its about impact, influence and inspiration. Mr. Kwame Baffoe

Judicial Corruption: High Court judge suspended twice for same offence?
Amidu Gets Set With Woyome
Video of the week: The chase to get Akwasi Nyantakyi

Leadership is not about title or a designation. Its about impact, influence and inspiration.

Mr. Kwame Baffoe popularly known as Abronye DC has what it takes to be the 1st Vice Chairman of the great elephant party in the Brong Ahafo Region.

Even a good product needs advertisement to sell so it is said and I concur strongly with this assertion.

Abronye has worked tirelessly when he was the Brong Ahafo Regional Youth Organizer prior to the 2016 election. He got in close contact with the grassroot, he is very accomodative and listens to concerns of members of the NPP at the grassroot, constituency, regional and even at the national levels when they are aggrieved.

Kwame Baffoe chalked many success and made significant achievement for the party when he was the regional Youth Organizer.

He contributed in founding 19 Youth wings in the Region.

In 22nd April 2015, Abronye launched operation 20 parliamentary seats in the Brong Ahafo Region and it was achieved in the 2016 election. 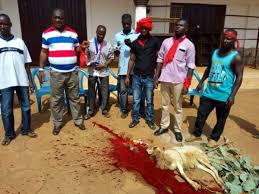 He was the one who was involved in the notorious curse that prevented the then ruling party (NDC) and the Electoral Commission from cheating during the 2016 election.

He has contributed in enormous ways to help bring the party in to power. He is the best man for the job, The Grassroot man.
We know Abronye and he knows us.

If not democracy, this man should have gone unopposed.

He is the unsung hero in the Brong Ahafo Region, never blowing his own trumpet.

Vote Abronye …. Vote for the Grassroot