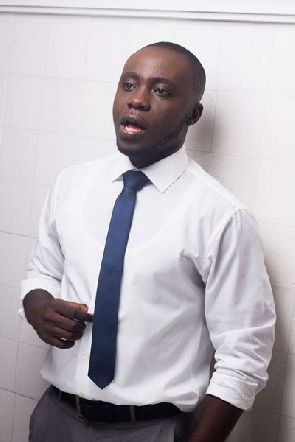 The patriotic sublime! The passionate criticisms! Public sentiments! They are just admirable and heart-warming, but the truth is, America is a

They are just admirable and heart-warming, but the truth is, America is a global power with global interests, and they always make sure that their interest overrides that of any party they go to the negotiation table with, especially when it comes to military and security-related matters, and the other party happens to be a “weak” nation. In as much as countries would aim at a mutually beneficial or win-win situation in an agreement with them, America would certainly enjoy the better and juicier part of the deal. As unfair as it may seem, it is the reality. One can do just little about it or even nothing at all.

I have read the controversial portions of the agreement carefully and thoroughly, and I see absolutely nothing wrong about them. This is not weird nor strange at all. It only affirms the fact that America is the superpower, and if it ever meant a myth to you, then politely embrace the reality now, because it is as real as the word.

Take it or leave it, America is regarded as the self-appointed police force of the world, even by IR experts, politicians, security experts and pundits alike. And like any competent police force, America has a good number of stations and camps to dispatch officers and logistics from. And in America’s case, these stations or military installations are worldwide, and there are over 800 of them. They just identify the need to establish one or more in a foreign country, and they go on with it, literally. The basic rule of thumb is this, if America could benefit from having a military installation in a certain location, they have probably already got one there, or they are just about establishing one there. And they will always have their way.

They might even have Black sites in your country and you won’t even know about it.

Even giants and economic powers like the UK, Germany, Italy, Japan, UK, Australia, South Korea, Brazil, Italy, Spain, among others, had to submit to them one way or the other at a point in time, and there are still American military installations in all these countries, with over 30 American military bases in Germany alone. And America enjoys unrestrained access to all these facilities.

In the case of Japan, American troops are basically their military. America controls all military related matters and activities from their installations at the Okinawa Prefecture which is one of the Japanese territories/islands. The only control Japan has is over its homeland security. Because per the agreement reached between the two, Japan cannot maintain its own military and must rely on the US for protection. Lately, there have, however, been several protests within the country to end this status quo. The movement is quietly growing in strength. However, for the most part, countries just acquiesce to American demands for their own sake.

The reality is, America, as the world superpower, is likely to have its way in relations and security agreements with other countries, especially developing ones like Ghana. Thucydides, in his realist theories, made this fact simpler to appreciate. As indicated in the “Melian dialogue,” he wrote that, in interstate relations, “the strong do what they have the power to do, and the weak accept what they have to accept.” To him, international relations allow the mighty to do as they please, and force the weak to suffer as they must. It was evident in the fate of the small and weak island of Melos when they refused to surrender to Athens during the Peloponnesian War.

Even American policy-makers themselves equate America’s power to ancient Athens’ glory, as told in The Peloponnesian War. Thus, in 1952, Louis J. Halle, at the time Director of the State Department’s Policy Planning Staff, wrote that “the present, in which our country finds herself, like Athens after the Peloponnesian wars, called upon to assume the leadership of the free world brings him [Thucydides] virtually to our side… It seems to me that since World War II Thucydides has come still closer to us so that now he speaks to our ear.” It would be noticed that it is immediately after the World War II that America heightened efforts to consolidate military dominance worldwide, and it was characterised by the establishment of military installations across the globe.

The reality is, in international relations, there is no social contract among citizens of different states, and, consequently, there are no binding laws to defend legality and morality of state interactions. Thus, in inter-state relations, it is strong who decides how the weak should be treated, as moral or ethical judgments are virtually nonexistent. And as inspired by the “Melian Dialogue”, the strong do what they can, and the weak suffers what they must.

So, Ghana, as the weak nation, is suffering what it must, as other countries have. The controversial articles of the Defence Cooperation Agreement are what we must suffer. It would, therefore, be highly unfair and misplaced to criticise our government for this. They could have done nothing about this. In any case, we are benefiting from this agreement.

I read criticisms and sentiments about the aspect which talks about the fact that the equipment of the Americans and their contractors would not be subjected to any form of inspection in the country. These are valid concerns, but we should appreciate the fact that we are dealing with highly sophisticated military equipment with stealth technology. Inspection of these state-of-the-art material requires consideration of the proper tools, both material and conceptual, and with no disrespect to our security system, but I doubt we have the technology to inspect these materials.

Now let’s talk about when the Americans and their military contractors would leave. I doubt they would leave anytime soon once they establish themselves, and value their sites. It would even be difficult to remove them. Because when a host country finally demands that Americans remove their military installations, the answer is usually “no”, and the United Nations always look on. This is because America wields an unbalanced amount of power within the United Nations, meaning that the United Nations will almost always back up America’s claims. This became apparent when Cuba attempted to have Guantanamo Bay returned to their control after America turned it into a brutal detention facility. The UN simply said “no,” and that was it.

Moreover, a host country would risk damaging its diplomatic relations with them once such demands are made, and most countries would not want their ties with America to be severed. But as I said earlier, we need them. From a security standpoint, our security system needs them. Our security system would be strengthened!

Carefully written in a masterful prose without technical words to bore you, I submit my views.