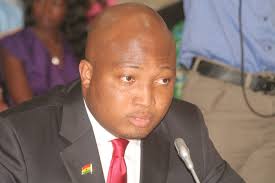 We will go to court if military deal is passed – Minority

The Minority in Parliament will proceed to the Supreme Court if the majority uses its numbers in Parliament to pass the controversial military pact with the United States, former deputy education minister Samuel Okudzeto Ablakwa has hinted.

He said the minority is convinced that Ghanaian laws are being breached by the current form of the agreement with the US.

The Government of Ghana, according to a leaked document, has approved the agreement with the US to set up a military base in Ghana and also allow unrestricted access to a host of facilities and wide-ranging tax exemptions to the United States Military—a claim the government of Ghana and the US denied.

“The United States has not requested, nor does it plan to establish a military base or bases in Ghana,” a statement by the US Embassy in Ghana said Tuesday.

The Defence Minister, Dominic Nitiwul has stated that government cannot back out of the agreement with the US.

“We have already signed a 1998 agreement, we have signed the 2015 agreement, and we have already caught ourselves in this net and we cannot back out because this is just a combination of the two agreements,” the Bimbilla MP said Wednesday afternoon.

Speaking on the Morning Starr Thursday, Mr. Ablakwa who is the minority spokesperson on foreign affairs said the deal is not in the interest of Ghana.

“We have sent notice that if the NPP uses their numbers to see this get a pass, we will head to the Supreme Court. We are clear in our mind that what is going on now is not in our interest as a Nation. It is illegal. The Minority is going to oppose this. A lot of laws are being breached by this agreement,” he warned.

He also dismissed claims that the agreement was first made by the NDC administration.