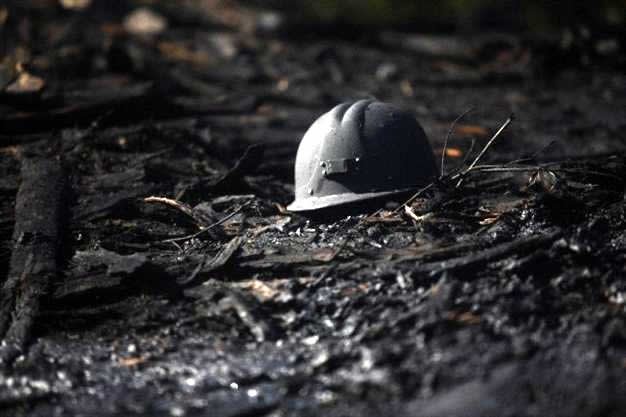 Newmont Ghana is denying accusations by families of six people who perished at its Ahafo Mine at Kenyasi that it had knowledge of structural defects at the facility.

The mining giant has urged the aggrieved families to wait for investigations into the fatal incident to conclude.

Newmont Ghana’s Communication and External Relations Manager, Agbeko Kwame Azumah, said: “It is not correct that we had foreknowledge of the weakness of that part of the structure.”

Kwadwo Asare, Gideon Amankwaa, Kojo Bismarch, Ben Brako, Agyei Wale and Ebenezer Sarfo all workers of Consar Company Limited, a sub-contracting firm which had been contracted to construct a reclaim tunnel roof at the Ahafo Mill Expansion Project, died on April 7 in the accident.

Four other persons, Musa Sulemana, Seth Kwame, Daniel Dzitor and one other person sustained injuries but were treated and discharged on the same day at a clinic.

Following the accident family members who spoke to Joy News claimed the structural defects were known to the mining firm but it kept a tight lip.

Newmont Ghana’s Agbeko Kwame Azumah says such an allegation is understandable but unfortunate.

“I think it is quite understandable that people who have lost their loved ones would be naturally aggrieved and we empathise with them in that regard,” he said.

Alwyn Pretorius, Regional Senior Vice President of Newmont’s Africa Operations said, “the entire Newmont family is devastated by this tragic accident and our priority is to provide support to the families, friends and co-workers of the deceased.”

Although the Minerals Commission has launched investigations into the accident, Lands and Natural Resources Minister, John Peter Amewu, says the fatal incident points to a clear engineering failure.

Speaking to the media after a brief tour of the accident scene, Mr Amewu said the tragic incident could have been prevented had key structural adjustments been done.

“It’s a complete structural failure. You realise that during the process of casting the concrete, the concrete caved in. Investigations are still going on but it’s clear that the prop that supports the slabs might not be well placed and that could trigger stresses that enabled this slab to cave in.

“This is a complete civil engineering failure. The team will investigate as far as even looking at some of the detailed designs, the structural designs and as to whether the designs had taken into consideration the load of concrete above it,” the Minister observed.

How the accident occurred

An official account of the incident is yet to be released by the Mineral Commission, however, eye-witnesses say the collapse happened at around midday on Saturday, April 7.

The roof of the tunnel reportedly caved in while concrete was being poured down.

Eight workers working in the tunnel got trapped. Six of them died.

The mine located in the Brong Ahafo Region has since been shut down until investigations are concluded.