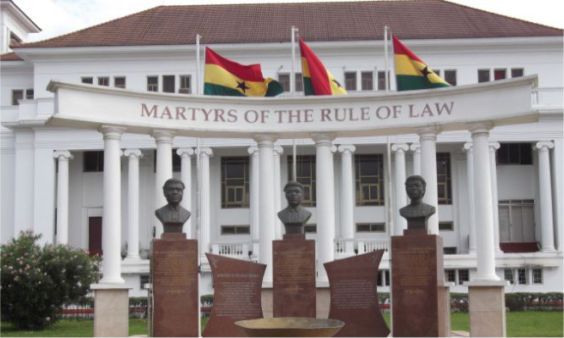 The Supreme Court has dismissed an application filed the petitioner, John Dramani Mahama for review of its decision that the court cannot compel the C

The Supreme Court has dismissed an application filed the petitioner, John Dramani Mahama for review of its decision that the court cannot compel the Chairperson of the Electoral Commission (EC) to testify in the ongoing election petition.

Mr Mahama lawyers had filed the application challenging the decision of the court delivered on February 11, 2021 after the respondents in the matter elected not to adduce evidence.

The court had held that it is a settled principle of law that a court cannot compel a party to adduce evidence in a trial.

But his lawyers filed a motion for review stating that the court had erred in its ruling which occasioned a miscarriage of justice to the petitioner.

Moving the motion, his lead counsel, Tsastsu Tsikata told the court that the Chairperson of the EC had sworn to an affidavit in opposition to application for interrogatories that the answers sought can be solicited through cross examination.
He argued that, that representation by the EC boss had estoppel her from declining from giving evidence as she had indicated her availability to be cross-examined per Section 26 of the Evidence Act.

The application was opposed by the respondent who argued that the court’s ruling did not occasion any miscarriage of justice on the petitioner.

Justin Amenuvor, counsel for the EC argued that the court had already heard the application in respect of which the depositions were made in the affidavits to the fullest and determined it.

He added that an application for review is not a second chance for a party to re-argue its case.

Akoto Ampaw, lead counsel for Nana Akufo-Addo on his part argued that application did not properly invoke the review jurisdiction of the court.

He said the application was unmeritorious and ought to be dismissed.

The seven member panel of the court presided over by Chief Justice Kwasi Anin Yeboah held that the application did not properly invoke its review jurisdiction and are not convinced by the application.

The court subsequently dismissed it.

Meanwhile, lawyers for Mr. Mahama has filed another application for review, this time seeking review of the court’s decision to dismiss his application to re-open his case to enable him subpoena the EC chairperson.