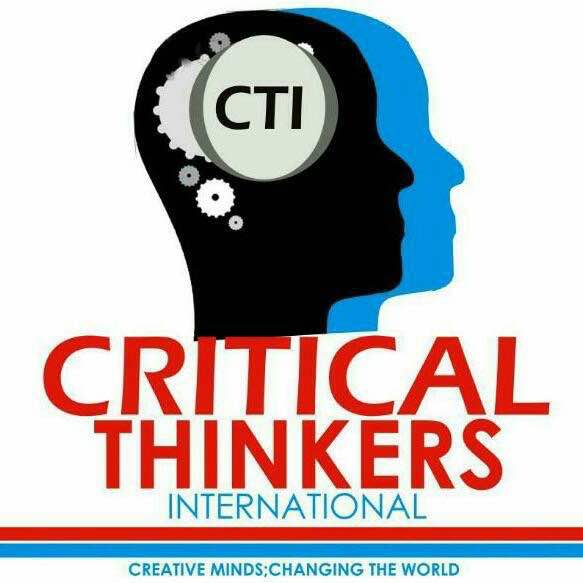 The first ever intra party debate to take place in Ghana was organised by Critical Thinkers International (CTI) in collaboration with TESCON, and unde

The first ever intra party debate to take place in Ghana was organised by Critical Thinkers International (CTI) in collaboration with TESCON, and under the leadership of the New Patriotic Party (NPP) with its maiden held in the Brong Ahafo Region on the 17th March, 2018 at the Sunyani Technical University (STU).

The organisation of the program started with consultation with the leadership of the party and the TESCON coordinator in the Brong Ahafo region. We then proceeded by consulting all the eight (8) Youth Organiser Aspirants in the Region. Seven (7) showed initial interest but only five (5) turned up for the debate due to reasons best known to them. Due to financial constraints, a funeral of a Member of Parliament’s (MP’s) mother and some intra party politicking within the region, only 150 people turned up for the program as against an estimated number of 300. The program ended successfully to the admiration of all those who attended.

We are very grateful to Mrs. Dorothy Ama Amponsah, the current Brong Ahafo Regional Women’s Organiser who is also aspiring for the Brong Ahafo Regional Women’s Organiser position for the second time, for assisting us with decorating materials, accommodating the CTI team and supporting the program with a cash token. To Mr. Bright Essilfie Kumi, an aspiring National Youth Organiser, words cannot describe how appreciative we are of the support he rendered to us.

We can’t stop to admire how he accepted our offer to moderate on the spare of the moment when all he knew was that, he was only an invited guest. He stole the show and put the youth under a firm order. Not only did he moderate but he also supported the program with a cash token. 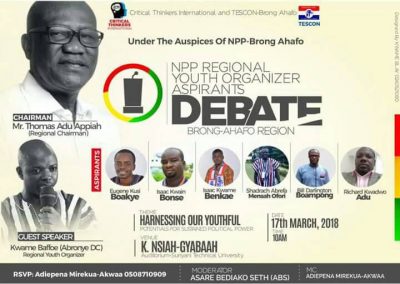 Aspirants Eugene Kusi Boakye, Isaac Kwain Bonse, Shadrach Abrefa Mensah and Bill Darlington Boampong all supported the program with cash tokens and other items. We thank, and are also very much grateful to the aspirants for turning up for the debate. They hugely displayed their respect for the people they are eager to serve.

Again, we will thank all who attended, and also those who helped make this debate a success and historic.

The CTI debate train is moving, and our next stop is Greater Accra.