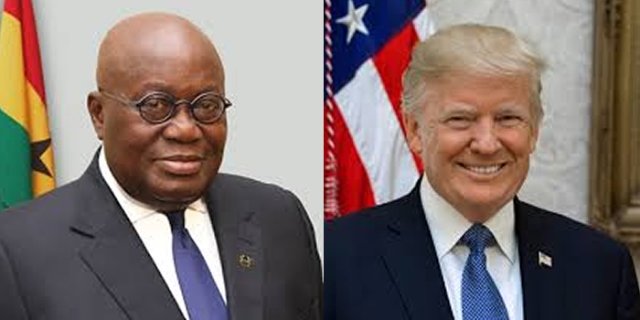 What You need to Know – Ghana – US Military Agreement

Once again the country is sharply divided. The typical political grandstanding is in full force over a defence cooperation agreement between the gover

Funny Face Arrested For Unlawfully Firing Gun
Newspapers Headlines: Tuesday, May 8, 2018.
Ghana sued over controversial ‘military base’ agreement with US

Once again the country is sharply divided. The typical political grandstanding is in full force over a defence cooperation agreement between the governments of the United States and Ghana.

Joy News intercepted the agreement attached to a parliamentary memorandum. The document was destined for Parliament for debate and ratification.

The contents of the agreement irked even the most partisan supporters of the governing New Patriotic Party (NPP).

Government critic and Managing Editor of the Insight newspaper, Kwesi Pratt Jnr., told Joy FM’s Super Morning Show the agreement was allowing the Americans to set up a military base in Ghana.

This would undermine Ghana’s sovereignty, he asserted.

But Defence Minister Dominic Nitiwul also speaking on the Super Morning Show, dismissed the assertion as completely baseless and unfounded.

The Bimbilla Member of Parliament said no provision in the agreement even remotely suggested the establishment of a military base.

In response, Mr. Nitiwul called a press conference Wednesday afternoon, waving a 1998 agreement signed by the Rawlings government with the United States.

He also produced an Acquisition and Cross-Servicing Agreement entered into by Ghana and the United States in 2015. That agreement was signed by then Foreign Minister Hannah Tetteh.

The Defence Minister insisted the current agreement, to which the Minority is staunchly opposed, is simply a combination of the two previous agreement entered into by the two countries. 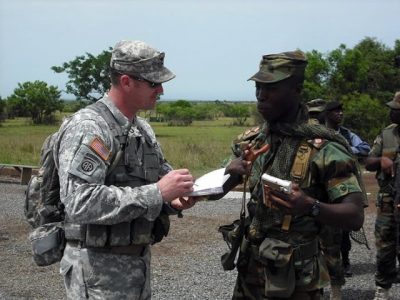 Similarities between the 2018 and the 1998 agreements

In the 1998 agreement, it was provided that “US military personnel and civilian employees of the US Department of Defence who may be temporarily present in Ghana in connection with the Africa Crisis Response Initiative and other activities [should]…be accorded the status equivalent to that accorded to administrative and technical staff of the United States Embassy under the Vienna Convention on diplomatic relations of 18th April 1961, and that they may enter and exit Ghana with United States identifications and with collective movement or individual travel orders.”

The 2018 agreement has a similar provision. It says in Article 3 Clause 1 states, “Ghana shall accord to military personnel and civilian personnel the privileges, exemptions, and immunities equivalent to those accorded to the administrative and technical staff of a diplomatic mission under the Vienna Convention on Diplomatic Relations of April 18, 1961.”

Again, the 1998 agreement also required that “personnel be authorized to wear uniforms while performing official duties and to carry arms while on duty if authorized to do so by their orders.”

In 2018, it provides that “Military personnel may possess and carry arms in Ghana, while on duty if authorized to do so, by their orders, such authorization being made in consultation with the appropriate authorities of Ghana. Military personnel may wear their uniforms while performing official duties.”

“Vehicles, vessels and aircraft owned or operated by or exclusively for the US AImed Forces shall not be subject to the payment of landing or port fees, pilotage charges, navigation or overlight charges or light and harbour dues while in Ghana; however, the United States Armed Forces shall pay reasonable charges for services requested and received. Such aircraft shall observe local air traffic control regulations while in Ghana. Such vessels shall not be subject to compulsory pilotage at Ghanaian ports. Finally, the Embassy proposes that both governments waive any and all claims (other than contractual claims) against each other for damage, loss or destruction of the property of the Department of Defense of the United States or the property of the Ministry of Defense of Ghana arising out of activities related to official duties, or for injury or death suffered by military personnel while engaged in the performance of their official duty.”

This is largely reflected in the 2018 agreement. 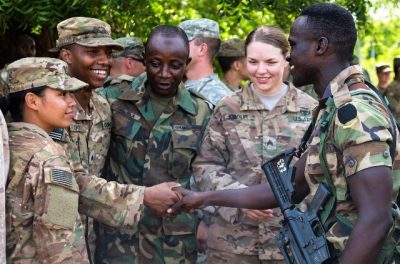 Differences in the agreement

Clause 2 of Article 2 of the agreement clearly grants the US Army rights of…“refuelling of aircraft; landing and recovery of aircraft, accommodation of personnel; communications; staging and deploying of forces and material…” This is not in the 1998 agreement.

Again no such expansive provision can be seen in the earlier agreement signed 20 years ago, neither is it in the 2015 agreement.

The Americans are further “authorized to control entry to agreed facilities and areas that have been provided for exclusive use by United States forces.”

Security analysts maintain that this is clearly meant to facilitate the building of a US Military base in Ghana despite the denials.

A lecturer, Justice Srem Sai wrote on his Facebook wall:

“You have an agreement in front of you. The agreement tells you that the army of another country will come into your town. They’ll occupy some places access to which will be controlled by them (not you). They’ll import military equipment which even your security agencies can’t inspect, let alone authorize. Forget about your tax authorities – they can’t even levy. The army will operate the equipment and drive them in your streets without your licence. The laws of your country don’t apply to them.

“All this means you have no independent means of knowing what they do in your country in order for you to even regulate them. On top of that no court under the sun can review what they do. And the relationship is such that use of force will not end in your favour. And there’s no foreseeable end to the relationship.

“Yet, someone looks into your face and tells you that it is not a military base; and you’re there nodding your head; and you think you’re alright? There should be no problem if, after a careful assessment, you decide that an American military presence is the path out of your third world shithole circumstances. Just know and be bold, proud and honest about what you’re doing. That’s all.”