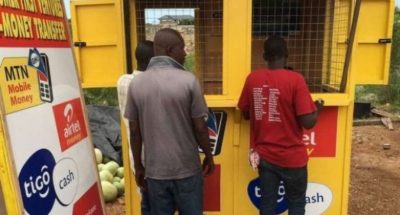 Some residents in the Kumasi metropolis have shared varied opinions on government’s decision to introduce taxes on electronic transactions (e-levy) in the country.

While some are calling on the government to abolish the proposed levy in its entirety since it would further worsen the current economic situation of majority of Ghanaians, others want the rate to be reduced to enable the people accept it.

The e-levy since its announcement by Mr Ken Ofori-Atta, Minister for Finance and Economic Planning, during the presentation of the 2022 budget to Parliament on November 17, 2021, has been the major topic for political discourse in the country.

There had been varied arguments and opinions expressed by experts in finance and tax administration.

While the largest opposition party in Parliament, the NDC has called for its total suspension and, therefore, vowed to vote against it on the floor of the parliament, pro-government activists are urging the people to accept it to help government raise the needed revenue to support the country’s development agenda.

An attempt to vote on the proposed levy had already created two nasty scenes on the floor of parliament with MPs exchanging blows and throwing chairs.

In an interview with the Ghana News Agency (GNA) in Kumasi, some residents said they were not happy with the proposed introduction of the e-levy in the face of the current difficult economic situations in the country.

“I was not happy on the very day I heard of the introduction of the e-levy in the 2022 budget, because it is likely to collapse the mobile money business if approved in parliament,” Mabel Owusu, a mobile money vendor, told the GNA.

She added that most people do business electronically since it was one of the easiest ways and if it was approved by parliament, many people would not engage in it again and, therefore, collapse the business.

Ms Owusu pleaded with the government to rescind its decision on the e-levy for now, saying it would have a huge toll on small scale businesses and petty traders.

However, Mohammed Awal, a university graduate, said the introduction of the e-levy was a good initiative by the government to raise additional revenue to finance the numerous development projects currently ongoing in the country.

He, however, called on the government to reduce the proposed 1.75 per cent since the current economic situation in the country was very difficult.

“I think the e-levy is a laudable idea but my problem is that there are no jobs in the country so where do we get the money to pay.

The country can develop through taxation so I’m appealing to the government to reduce the 1.75 per cent so that every individual can also afford,” he appealed.

Meanwhile, others who spoke to the GNA indicated that they did not understand how the e-levy works and called for adequate education for the majority of the people to understand and make informed decisions.