E-levy: If we had proceeded with voting, Majority would have been 137 against 136 Minority – Ayariga
Police arrest robbers in Takoradi after gun battle
Osabarima Kwesi Atta II lauds GOIL and Intercity STC partnership to give Cape Coast modern bus terminal 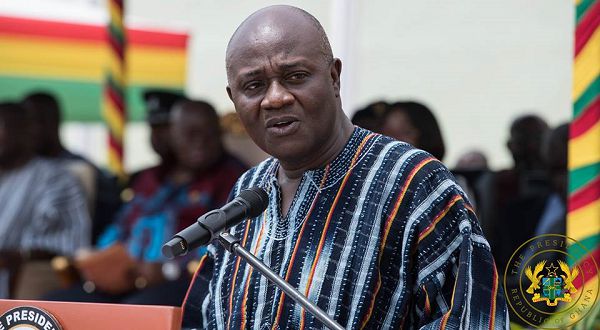 The Minister of Regional Reorganisation and Development, Mr Dan Kwaku Botwe, has lauded President Akufo-Addo for his courageous leadership in the process leading to the creation of six new regions.

According to him, the President remained steadfast throughout the process even in the face of predictions of national tensions and attempts to denigrate the long-held desires of citizens in the affected areas.

Speaking at a ceremony on Tuesday where the President issued the constitutional instrument (CI 116) to give legal backing to the new North East Region, Mr Botwe said Akufo-Addo exhibited rare political courage which served as motivation to his appointees involved in the process.

He said: “Politicians are often accused of not keeping their word, breaking promises and not keeping faith with those who voted for them.

“There was some doubt when His Excellency the President Nana Addo Dankwa Akufo Addo started this venture to create new regions to reflect and uphold the deeply and long-held aspirations of our citizens in those affected areas.

“In the face of such doubts and hand wringing, it took a key leadership quality to ensure this went ahead. A leadership of courage allied to a firm vision… Our President exhibited rare political courage and we who served had no choice than to respond to that courage and to help navigate the difficult political, social and economic terrain required to make this a success”.

He, however, noted that a venture of this magnitude cannot be down to one individual, paying tribute to the entire nation as well as critics of the entire process.

The remaining regions awaiting the presentation of their Constitutional Instruments are Western North, Ahafo, Bono East, Oti and Savannah Regions.