A man who won the Super Lotto in the Caribbean picked up his massive check wearing a mask made popular by the 1996 movie “Scream.” Only identified 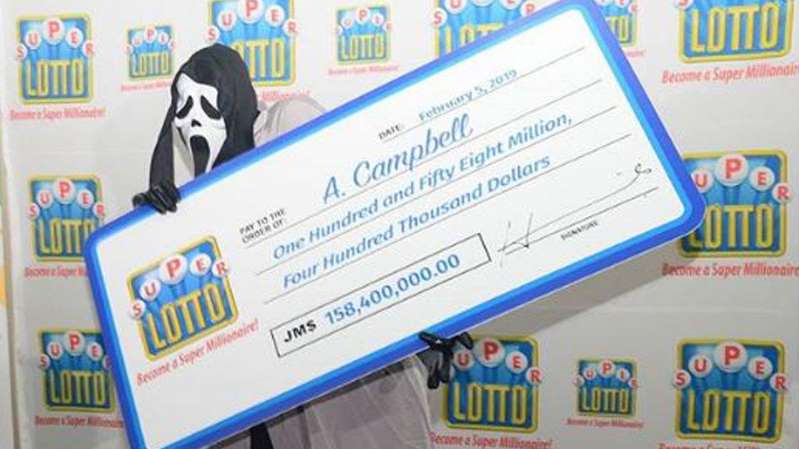 A man who won the Super Lotto in the Caribbean picked up his massive check wearing a mask made popular by the 1996 movie “Scream.”

Only identified as A. Campbell, the Jamaican winner posed with his winning at the Spanish Court Hotel in Kingston last week. Not an inch of Mr. Campbell was exposed — donned in a full coat, long pants and gloves in an effort to completely conceal his identity.

Supreme Ventures runs the game in several islands. Campbell checked his ticket after the company advertised that the 90-day deadline to claim the ticket was fast approaching. It was day 54.

The windfall appears to have come at just the right time, since Campbell told Loop Jamaica he has been feeling sick.

“I looked at my ticket and ran into my bathroom and said, ‘I won! I won!’ From the day I found out that I won, I’ve been sick. My head hurt me for three days because I was thinking so much. [Wondering] if what I’ve been longing for really come true. I had a belly ache for two weeks, sometimes I feel so much pain I forgot that I had won,” he said.

Campbell said the winning numbers came to him in a dream. The first thing he will do with the cash is purchase a home.