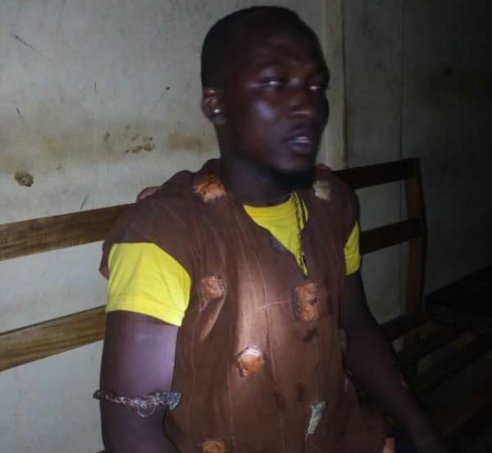 One dead, 10 arrested in failed take-over of Kintampo water falls

Police Kintampo North Municipality of Bono East Region say they have arrested 10 youths who took part in a violent attempt to take over the management of Kintampo waterfall.

Chief Inspector Augustine Kingsley Oppong who is PRO for the Bono, Ahafo and Bono East regions told JoyNews, the 10 are set to be arraigned Thursday.

The Police suspect they were part of two youth groups, Dega Land Association and Mo Youth Association that has been demanding control of the tourist site that was renovated and reopened in November 2017.

On Tuesday, the youths struck, sacking the workers and claiming control over the collection of tolls at the waterfall.

The Chief Inspector said the police stormed the site and were able to apprehend six ring leaders and planned to transfer them to the regional headquarters in Sunyani.

Holed inside the station, the Chief Inspector says, they called for police reinforcement from Techiman who also enlisted the help from a military attachment.

“When they came, my brother it was a worse scene,” Chief Inspector Augustine Kingsley Oppong recounted.

The irate mob had grown larger and angrier, blocking roads leading to the police station. Stone-throwing youths and road blockades encumbered the movement of the security forces.

While trying to remove logs, an armed man attacked a soldier, stabbing him in his left wrist. Others attacked the team of police and military officers, smashing the windscreen of the vehicle.

“It was then and there that we heard gun shots”, the Chief Inspector said and revealed the attackers also had guns.

One man was killed and two were injured and the security team fought off the youths. The identity of the deceased is yet to be confirmed and the injured were taken to the Holy Family Catholic Hospital in Techiman. 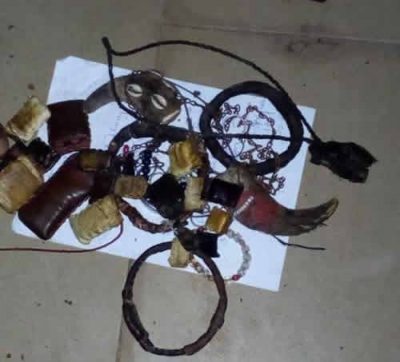 He said the Police retrieved talismans, amulets and knives from two of the suspects.

The Kintampo waterfalls was closed down after some old trees, during strong winds and thunderstorms, fell on visitors who had patronised the facility on March 19, 2017.

It resulted in the death of 18 students from the Wenchi Methodist Senior High School and the University of Energy and Natural Resources (UENR). 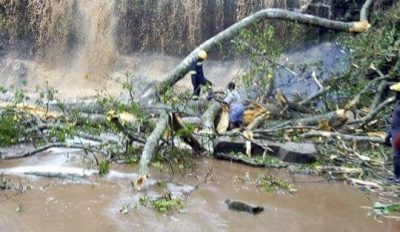