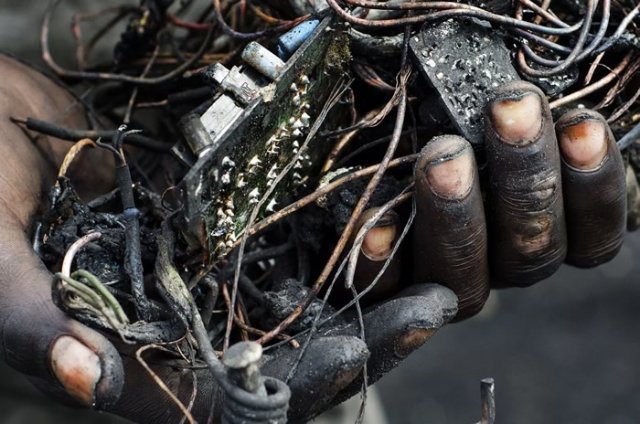 Scavenging: A means of livelihood and solution to filth in Kumasi

Walking down the streets of the famed 'Garden City' of Kumasi, one is overwhelmed by the volumes of litter blotting the Ashanti Region capital. Sol

Walking down the streets of the famed ‘Garden City’ of Kumasi, one is overwhelmed by the volumes of litter blotting the Ashanti Region capital.

Solid and liquid wastes choke open and closed drains with the attendant health and environmental consequence.

Despite huge investment by city authorities to manage waste, little impact is made.

City Mayor, Osei Assibey Antwi, has sent SOS to the central government to intervene because the assembly cannot raise the money.

From about 7 p.m. well into the night, people, mostly women, go round with torchlight in the various suburbs to pick the empty water sachet.

Mother of three, Adiza, who lives at Ayigya, asuburb of Kumasi is one of them.

She ‘cleans’ the streets littered by other residents.

It is a new avenue the entrepreneurs have identified to create opportunity, perhaps, for the less fortunate like Adiza.

While they sell the dirty plastics to make money, they perform a critical duty of cleaning the environment created by reckless and indisciplined residents.

Adiza goes through this routine every night so she can raise money to cater for her family.

She tells me that “picking plastic waste is a tedious job I have no other options. At least I make some few cedis from scavenging. The middlemen pay me 7 Ghana cedis on each full sack of plastic waste. I support my family with the little I get and it keeps me going.”

“Moreover I enjoy picking the plastic waste because aside from making money I help reduce the tones of waste in gutters and on the streets,” Adiza explains.

Adiza’s husband, Samuel, is a tailor. He acknowledges and appreciates his wife’s contribution to meeting the family’s financial commitment by scavenging.

‘’My wife has been very supportive, my employer hasn’t paid me for the past two months, my wife Adiza has been taking care of the family’’, he stated.

Unlike her colleagues who go round picking the plastics, Afia pitches camp at refuse dumps where she gathers and sell plastic waste to middlemen.

“This refuse dump is a converging point for almost every household’s garbage in this area; I sort through the garbage and collect the plastic wastes especially empty water sachet for sale.

‘’I sell them to the middlemen who come for them at least once every week,” she spells out her strategy for scavenging. 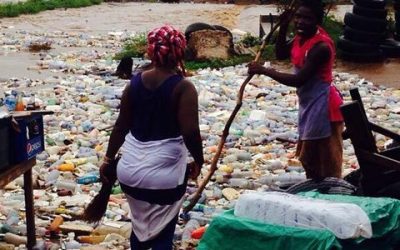 Toffic is a middleman who buys from the collectors for sale to a recycling factory at Atonsu.

“Business is good”, he says.

The endpoint of the value chain might end here at Gireh Manufacturing Company, a recycling company.

It converts the empty plastics into polythene bags.

Marketing Manager, Abdul Karim explains, “we buy the empty sachet and other plastic waste and converts them into polythene bags.”

“In this factory, we produce about one thousand bags of polythene every day.”

Mr Karim explains the factory is a major stakeholder in promoting good sanitation and creating employment.

“We employ over 30 workers and also we help reduce filth on the streets by recycling these collected plastic wastes into polythene bags,” he emphasized.

Ironically, with the negative attitude of the Ghanaian to waste, the polythene bags may find their way back onto the streets and into the gutters.

They pollute the environment, and the cycle continues.