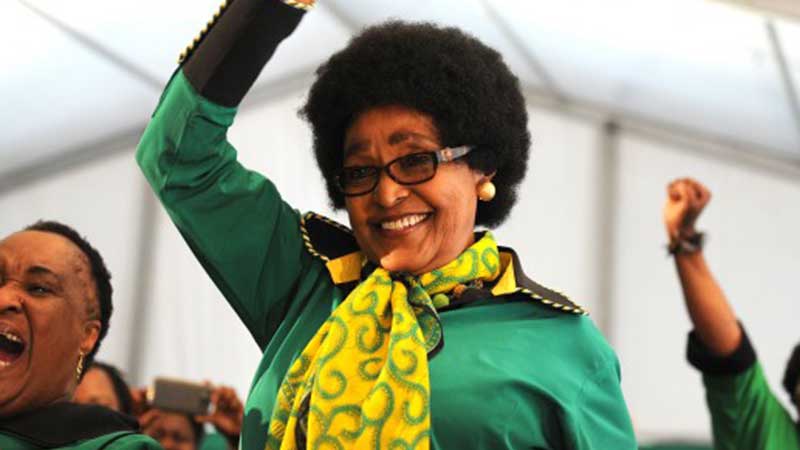 She and her former husband Nelson Mandela, who were both jailed, were a symbol of the country's anti-apartheid struggle for three decades. However,

She and her former husband Nelson Mandela, who were both jailed, were a symbol of the country’s anti-apartheid struggle for three decades.

However, in later years her reputation became tainted legally and politically.

Crowds of mourners and political figures flocked to her home in Soweto, in Johannesburg, after news of her death broke. 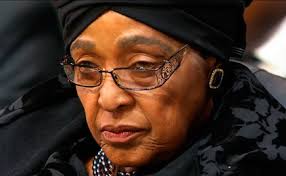 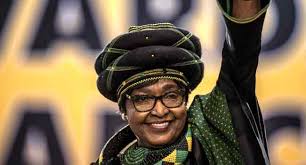 Family spokesman Victor Dlamini confirmed earlier on Monday that Mrs Mandela “succumbed peacefully in the early hours of Monday afternoon surrounded by her family and loved ones” following a long illness, which had seen her go in and out of hospital since the start of the year.

‘Mother of the Nation’
Mrs Madikizela-Mandela was born in 1936 in the Eastern Cape – then known as Transkei.

She was a trained social worker when she met her future husband in the 1950s. They went on to have two daughters together.

They were married for a total of 38 years, although for almost three decades of that time they were separated due to Mr Mandela’s long imprisonment.

It was Mrs Madikizela-Mandela who took his baton after he was jailed for life, becoming an international symbol of resistance to apartheid. She too was jailed for her role in the fight for justice and equality.

To her supporters, she became known affectionately as “Mother of the Nation”.

Who has paid tribute?
In a televised address President Cyril Ramaphosa – whom Mrs Madikizela-Mandela praised earlier this year – called her as a “voice of defiance” against white-minority rule.

“She as an abiding symbol of the desire of our people to be free”.

Retired archbishop and Nobel laureate Desmond Tutu said she was a “defining symbol of the struggle against apartheid”.

“Her courageous defiance was deeply inspirational to me, and to generations of activists,” he added.

“As the ANC we dip our revolutionary banner in salute of this great icon of our liberation struggle,” he said.

“The Mandela family are deeply grateful for the gift of her life and even as our hearts break at her passing we urge all those who loved her to celebrate this most remarkable South African woman.”

African National Congress (ANC) chairperson Gwede Mantashe said: “With the departure of Mama Winnie, [we have lost] one of the very few who are left of our stalwarts and icons. She was one of those who would tell us exactly what is wrong and right, and we are going to be missing that guidance.”

Why was she controversial?
However, Mrs Madikizela-Mandela found herself mired in scandal for decades.

She was accused of conducting a virtual reign of terror in parts of Soweto by other members of the ANC in the late 1980s, and heard backing the practice of “necklacing” – putting burning tyres around suspected informants’ necks.

She was also found guilty of kidnapping and sentenced to six years’ imprisonment for her involvement in the death of 14-year-old township militant Stompie Seipei. She always denied the allegation, and the sentence was reduced to a fine.

Mrs Madikizela-Mandela (pictured in 1988) became a symbol for the anti-apartheid movement in her own right
Mr Mandela, who stood by her throughout the accusations, was finally released from prison in February 1990.

But two years later, their marriage crumbled. The couple divorced in 1996, but she kept his surname and maintained ties with him.

She stayed involved in politics, but was again embroiled in controversy when she was convicted of fraud in 2003.