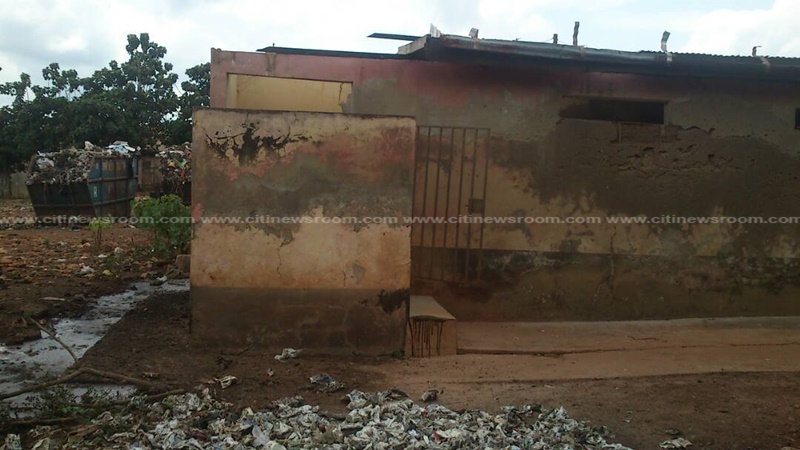 Residents of Kukuom in the Asunafo South District of the Brong Ahafo Region are living in fear of a possible outbreak of Cholera in their community due to poor toilet facilities which have pushed them to engage in open defecation.

The situation appears even more dire as the rains have set in.

Kukuom, the district capital of Asunafo South, has a population of about 3,000, many of whom are predominantly cocoa farmers.

The three toilet facilities in the community located at Achease, Zongo and Methodist Primary School are in terrible condition forcing the residents to seek relief elsewhere.

The Assembly Member of the Kukuom Electoral Area, Benjamin Yinka, speaking to Ahafonews said the situation does not befit the status of a district capital.

Mr. Yinka expressed his fear that with the onset of the rains and the outbreak of cholera and other diseases might be imminent.

He noted that he made several complaints to the District Assembly to ensure that the three toilets are repaired for the residents but those concerns are yet to be addressed.

He appealed for support to have a lasting solution to the situation in his area.

“It is unfortunate that as a district capital we have this challenge. People do open defecation in the forest and compound and we know the results of this. Cholera and other diseases are bound to happen. I am calling on stakeholders to come on board to support us,” Mr. Inka revealed.

The District Chief Executive of Asunafo South, Osei Bonsu Snr admitted the situation and assured that he will take the necessary steps to fix the problem.