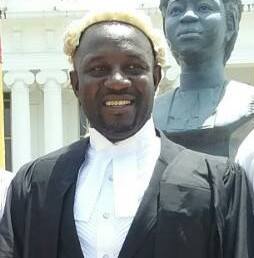 A former Constituency Executive of the New Patriotic Party in Asunafo South and a native of Sankore , Lawyer Jephthah Appau has disclosed in an exclus

A former Constituency Executive of the New Patriotic Party in Asunafo South and a native of Sankore , Lawyer Jephthah Appau has disclosed in an exclusive interview with Ahafonews.com that the political impasse in the district came into being when Hon. Eric Opoku came to the political scene in 2004.

He said it all started in the year 2006/7 there about when Hon. Eric Opoku wanted to retain his seat as an MP for the area. A group of young guys who were his supporters started attacking anybody who was not in support of him.

An evidence is the circumstances that led to the sudden death of one Nyame Kwame.

But even before Kwame’s death, some NPP guys also decided to retaliate thinking they will not allow the NDC to bully them since their party was in power.

Lawyer Jeph continued as saying the atrocities got to its peak when Hon. Eric Opoku was appointed the Deputy Regional Minister, though he lost the seat in the 2008 election to the NPP Hon. Boakye.

The Dialogue between the Ahafonews reporter and Lawyer Jeph of Sankore follows:

Ahafonews reporter: Please from the little history you have narrated, what do you have for Hon. Eric Opoku?

Lawyer Jeph: Hon. Eric in fact has no moral, legal or whatever right or whatsoever to complain. In fact he who goes to equity should go with clean hands. But that is not also a justification to continue to perpetrate these uncivilised acts on innocent citizens of the district.

Ahafonews reporter: Please is this alleged attack on Hon. Eric Opoku based on revenge?

Lawyer Jeph: Irrespective of who is doing it or has done it. Whether it is for revenge or whatsoever. For how long can we continue with these barbaric behaviour?

Ahafonews reporter: What are the efforts so far from the NPP party to put their own people together?

Lawyer Jeph: I believe neither the NDC or my OWN NPP is telling the truth. In fact we should be ashamed of our selves to be called leaders in the district.

Ahafonews reporter: Can we blame the Security for this consistent violence in the Area?

Lawyer Jeph: We do things and turned to blame Police. For the Police, it is time we should come to our sense and realize that if we want to kill ourselves, they are there to help us perfect whatever intentions we have.
.
Ahafonews reporter: As a native of Sankore and a Lawyer, what are your plans to help bring this issue to an end?

Lawyer Jeph: Some of us will continue to do our best by talking to these guys. The need to put a stop to it and focus on building a united society for our generations. I have started engaging stakeholders why the need to put our resources together to curtail these. I have started engaging some of these guys one by one about the need to forgive and forget. Future is far bigger and better than now. No nation has developed by war. I think we should also name and shame by lifting the political veil to see those figures behind it.

Ahafonews reporter: From what I have learnt from your statements so far, it seems all started from the Eric Opoku era. Do you think Hon. Eric Opoku is the brian behind all these violence?

Lawyer Jeph: Yes and No. Yes because he started it. No because we were not smart enough to stop it. And now think it is time to also benefit from it.

Ahafonews reporter: What do you have for these alleged NPP thugs, Party Executives and the society as a whole?

Lawyer Jeph: When is it going to stop. NPP will not be in power forever. It shall turn one day. Where are the NDC guys now? And where will be the NPP boys when the table turned? In fact, there is a systemic failure. The moral fabric of our society is totally shattered. The systems are down. Our chiefs have lost their moral powers. Police failed to Marshall their arsenals then and can not do it now. The church has bitterly failed us. Party leaders think it is in their interest to continue with it for them to benefit .

Ahafonews reporter: Please what are the other things you may want to tell me that I didn’t asked?

Lawyer Jeph: But my brother. This is not the time to share blame. We should rather find solutions. We should allow the police and the other law enforcing agencies to work irrespective of their failure in the past. We should encourage and motivate them that we all have a role to play. You should report as it happens without fear or favour. Nananom, Religious leaders, opinion leaders , the law enforcing agencies should be bold enough to name an shame and the two ( Eric Opoku and Yaw BOAKYE ) should stop funding these monsters if it is true they are the brains behind it.

Eric should bring back those guys he is alleged to have sponsored out to face the law and Yaw BOAKYE should also should stop encouraging the so-called his boys if it is so true and allow the law to deal with them. I think it will serve as a deterrent to others.

Ahafonews reporter: Thank you very much for your time, God bless you