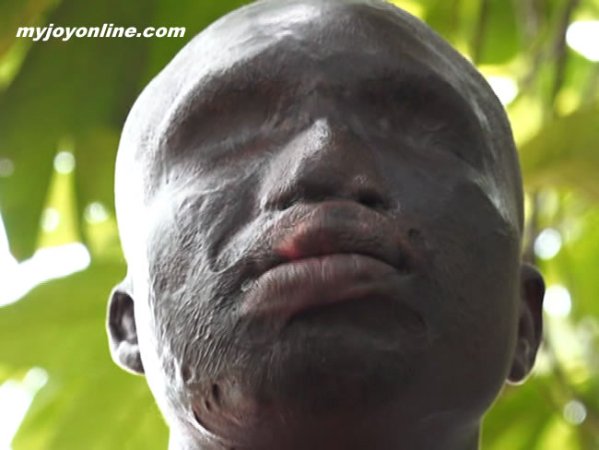 Isaac Yaw Danquah is an acid attack survivor. But what has been left of his life makes him wonder whether death is better than life. He can't see.

Isaac Yaw Danquah is an acid attack survivor. But what has been left of his life makes him wonder whether death is better than life.

He can’t see. His eyeballs are gone. He breathes from his mouth. His nostrils are almost blocked. He can’t even cry. There are no tearducts to conduct the tears and he looks like an unfinished work of art.

The ‘artists’ were two men who hopped into his cab seven years ago on a normal day of his life as a driver in Sarkwa in the Central Region.

‘I heard one of them say, so what should we do to him?’, he recalled that last day of his normal life in an interview with Joy News’ Patricia Gasu.

Suddenly, he felt the tissue-eating liquid pour on him, wrecking corrosive havoc on his face, body, organs, letting of piercing shrieks of a dying man.

His eye balls soaked in the liquid after it removed the protective tissues around his organ of vision.

‘I couldn’t see anything’, he said as the armed robbers demanded he hands over his keys.

He threw it into a nearby bush angering the robbers to do their worst. They didn’t.

He was abandoned as a man burning with liquid fire. Acid destroyed his body and his self-worth.

And Isaac has lived every day these past seven years with a constant reminder that he looks hideous, unwanted and incomplete.

His father could not endure the spectacle his only child and son had become and checked out of life some years ago.

His mother is deaf in one ear, perhaps to save her from hearing what people say about her son.

No one wants to give him a job. Isaac lives but his life is dead. The sun rises and sets over him with a tolerance.

The love of his life left him after her family forbid her from marrying him.

The only hope left for him is that surgery will give his life a similar fairytale ending of Beauty and the Beast.

That by some speechless benevolence, somebody someday will somehow help him put his damaged life under the surgical knife.

And cut out and cut back his skin to reconstruct what the robbers destroyed.

He is looking forward to another artiste – a benevolent artiste – to restore Isaac Yaw Danquah to God’s work of art.

Isaac was 30-year old when the attack happened in the night and since then, his life is a nightmare.

Below are his pictures 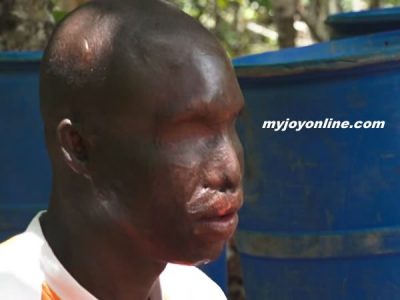 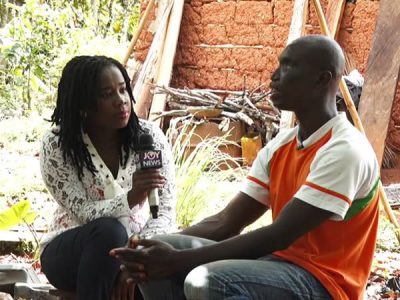 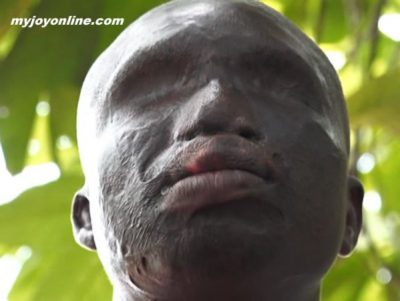 Kindly direct any support through patricia.gasu@myjoyonline.com.