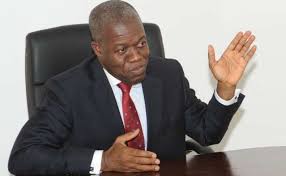 When asked to mention the name of the person who was used as his replacement, the sobbing former Vice President would not specifically mention the name of the person. “Need I say more? We all know who was used to relegate me to the background.
I don’t need to mention a name for you to decipher who it was, but you are quite aware whom I am referring to. As a matter of fact, I was made redundant” Mr Amissah-Arthur reflected moodily.

Though he fell short of mentioning the name of his replacement, it is clear the former Vice President was referring to the wife of former President John Mahama, Mrs Lordina Mahama.

It could be recalled that the relevance of Vice President Amissah-Arthur was negligibly nonexistent as Lordina was seen all over the country, cutting sods for projects, commissioning some and acting as though she were second only to her husband, John Mahama.