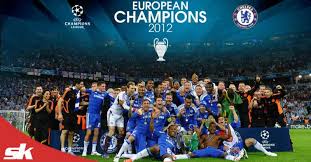 If Liverpool win the Champions League will fifth-placed Chelsea qualify?

After a pulsating final day of Premier League action that saw a tidal wave of goals across the 10 games, Liverpool sealed fourth spot with a comprehen

“First to appear before the Committee was the Minister-designate for the Ministry of Youth and Sports Hon. Opoku Bobie,
Daily Political Quotes John C. Calhoun
Supreme Court to decide Jean Mensa’s cross-examination on Tuesday

After a pulsating final day of Premier League action that saw a tidal wave of goals across the 10 games, Liverpool sealed fourth spot with a comprehensive win over Brighton.

There had been a slim chance that Chelsea could leapfrog the Merseysiders if they won, Liverpool lost and there was a huge swing in goal difference – but Antonio Conte’s side suffered a humiliating loss at Newcastle.

Even if Liverpool had missed out on the top four, winning their upcoming Champions League final against Real Madrid would have secured their place in the competition regardless – so is it a similar case for Chelsea?

Will fifth place qualify if Liverpool win the Champions League?

This has happened before, both when Manchester United won the Europa League last season while only finishing sixth, and when Chelsea won the Champions League in 2011/12.

But, sadly for Chelsea, their failure to make the final of either European cup, coupled with their fifth-place finish, means they will definitely be playing in the Europa League next season even if Liverpool beat Real Madrid.