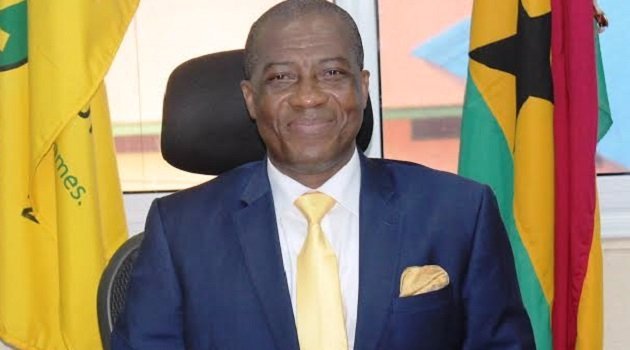 NLA fires back! Allegations against DG, others false, misconceived

Managers of the National Lottery Authority (NLA) have described as false and misconceived allegations they manipulated the procurement process in order to award contracts to the sister in law of the Director General of the Authority.

In an eight-page statement released Wednesday, the management insists allegations against the Director General of the Authority Kofi Osei-Ameyaw and the Acting Director, Human Resource, Mr Fiifi Amissah are calculated at tarnishing the reputation of the Director-General.

The statement was released shortly after a Corruption Watch segment on Joy FM’s Super morning show revealed widespread allegations of procurement breaches by the management of NLA.

A former acting procurement manager of the NLA Benony Blepony said on Corruption Watch, Wednesday the procurement process for the supply of end of year staff packages was manipulated in favour of Ram’s Kitchen, a company said to be owned by the sister-in-law of the Director-General.

According to a document authored by Mr Blepony, five contracts were allegedly taken from two companies – Daises and Danboag – which had won bids and given to Ram’s Kitchen on the instruction of Mr Osei-Ameyaw.

In the process, the NLA reportedly paid Ram’s Kitchen GHS17,527 more than it would have paid to the two companies which won the contracts.

Those five contracts, based on the evaluated bids of those two companies, were worth GHS157,605. But NLA paid GHS175,132 to Ram’s Kitchen to execute those same contracts.

Corruption Watch investigations revealed that the Director General of NLA, Kofi Osei Ameyaw, allegedly involved himself directly in the award of contracts worth more than half a million cedis to his sister-in-law Rama Hassan to supply and distribute end of year packages.

But the contract sum quoted by Rama Hassan was broken down into 11 different contracts, a development some say was done to circumvent provisions of the Public Procurement law, which forbids the NLA boss from approving contracts beyond the GHS100,000 threshold.

Mr Benony Blepony further revealed that after he refused to alter the list of registered suppliers, he was transferred to the Volta Regional Office as a Senior Sales Executive.

But the management says the allegations are fabricated.

In a statement, the management said “as part of administrative and structural reforms for efficiency and in line with the vision of the Board of Directors to generate more revenue for the consolidated fund about 32 staff have been re-assigned to various departments some of which are at head office in Accra and in other regions and districts nationwide.”

The management said the suspension of Mr Blepony is not an “isolated case and forms part of the ongoing administrative reforms and not connected to any issue as alleged by him.”

On the award of contract the management said at no point did the Director-General and or the Acting Director of Human Resource seek to manipulate the process in favour of Ram’s Kitchen by removing quotations of other bidders.

They also deny the allegations that Mr Blepony was directed to alter documents to favour Rams Kitchen.

“These allegations are false and baseless and should be disregarded,” the statement said.

But Corruption Watch is unfazed by the denial.

Fred Asiamah who is one of the investigators at Corruption Watch described the rebuttals by NLA as “interesting.”

He told Evans Mensah and Emefa Apawu on Newsnite, that he has in his possession invoices suggesting other bidders quoted lesser prices for the supplies yet the NLA management bypassed those companies and awarded the contract to the sister in law of the Director-General