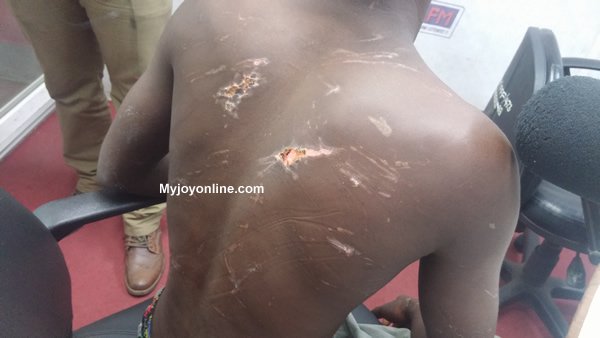 It’s been two years since a case was reported to the Commission on Human Rights and Administrative Justice (CHRAJ), against two military officers who brutally subjected a teenager to five hours of assault, on suspicion of stealing a mobile phone.

CHRAJ was petitioned days after JoyNews broke the news of how the two soldiers manhandled the Christopher Kombian,16, at the Kamina Barracks in Tamale in the Northern Region.

They seized his motorbike and warned him to return a phone they claimed was left on a table.

The victim was reportedly handcuffed and hanged on a mango tree with his legs suspending and the officers assaulted him until he became unconscious.

However, CHRAJ is yet to conclude investigations in the case which has left the teenager, now 18, with scars he sustained from the senseless beatings he received from Corporal Sampson Atuahene, Corporal Collins Eyison and one other (name unknown). 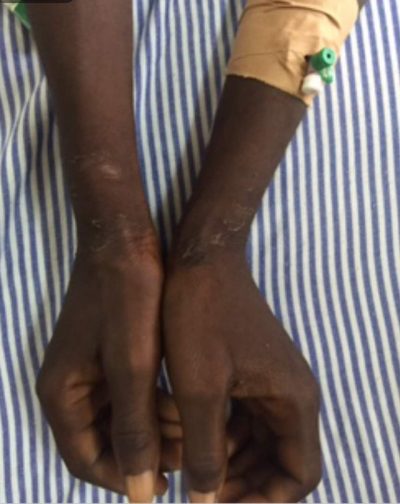 A human rights advocacy organisation, Youth for Human Rights Africa (YoHRA), is demanding justice saying it is unacceptable for CHRAJ to have remained silent over the case for two years.

YoHRA, founded by prominent human rights advocate, Francis-Xavier Sosu, is disappointed CHRAJ has failed to act swiftly on a case of such magnitude.

“CHRAJ is simply disappointing the citizens of Ghana if it continues to deal with such major human rights violations in this manner. This certainly is unacceptable as the Ombudsman of the State with constitutional powers to guarantee and protect the rights of citizens,” the organisation stated in a release Wednesday.

YoHRA notes that under the Commission on Human Rights and Administrative Justice Act 1993, (Act 456), the CHRAJ is among others empowered; “to investigate complaints of violations of fundamental rights and freedoms, injustice, corruption, abuse of power, and unfair treatment of any person by a public officer in the exercise of his official duties.

It maintains that as a State institution, CHRAJ must assist Ghana to fulfill its obligation under Articles 55 of the Charter of the United Nations to promote universal respect for, observance of human rights and fundamental freedoms.

The organisation, therefore, calls on CHRAJ to immediately prioritize this matter and give the victim justice.

YoHRA states that, the said violation by officers of the state amounts to infringement of Ghana’s obligation and also an infringement of Article 5 of the Universal Declaration of Human Rights and Article 7of the International Covenant on Civil and Political Rights both of which provides that no one shall be subjected to torture, cruel, inhumane and degrading treatment or punishment.

The said brutality also violate Ghana’s obligation under the Convention against Torture, and other Cruel, Inhuman or Degrading Treatment or Punishment. Finally, the said treatment also violates Article 15 of the 1992 Constitution.

“YoHRA feels very disappointed because this complaint was before CHRAJ, before other complaints like “Ford Mahama” and “Kenbond Saga” which were all politically ‘high-temperatured’ cases.

However, CHRAJ was able to quickly investigate and deal with those matters and yet has still not been able to give the victim of this violation any justice.

This clearly feeds into the popular Ghanaian perception that the poor, vulnerable and voiceless have no justice in this country. You must be rich, politically famous, connected and influential to have access to justice. This is very sad for our republic and YoHRA condemns this in all uncertain terms.”