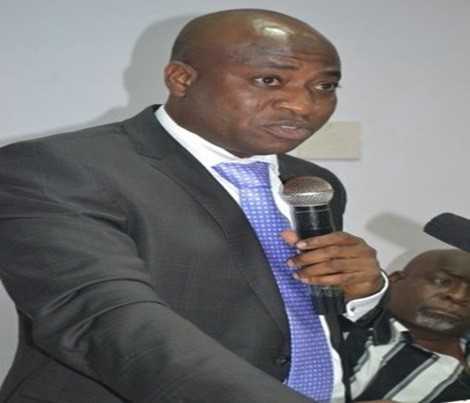 “This Is Beyond A Joke; Its Complete Madness”…As Minority Heads To Supreme Court

Former Member of Parliament for the Nantong constituency in the Northern Region, Ibrahim Murtala Mohammed has suggested that the opposition National

Former Member of Parliament for the Nantong constituency in the Northern Region, Ibrahim Murtala Mohammed has suggested that the opposition National Democratic Congress (NDC) and other critics of the US military agreement could resort to court for a second look at the agreement.
According to him, since Parliament did not listen to various reservations about the agreement but went ahead to pass it, ‘the only option is to go to the Supreme Court’.
The controversial Ghana-US Military Cooperation agreement has finally been ratified by Parliament but not without drama and chaos.
Before the ratification, the Speaker of Parliament, and the Minority members walked out at different stages of the sitting after heated exchanges for and against an agreement that will give US military unfettered access to some facilities in Ghana.
The Minority did not hide their objection to the agreement and did not fail to express same during proceedings in the House, Friday.
In their numbers, they washed their hands off the Ghana-US Military Cooperation agreement by staging a walkout in Parliament shortly after the report of the committee on Defence was presented on the floor.
According to the former MP, “what happened yesterday (Friday), was not only a calculated slap on the faces of the people of this country but a calculated slap on our integrity as a people and our sensibility…politics can be the opium of those who did not appreciate it… The conduct of Hon Nitiwul and the majority yesterday is beyond a joke…complete madness. I do know that there were a lot of MPs in the majority who have expressed misgivings about this but they were absolutely cowardice that they could not express their position… The only option we have now is to go to Supreme Court and have this useless approval annulled and I hope and pray that the justice system in this country will do the needful…”
Contributing to a panel discussion on Radio Gold’s Alhaji and Alhaji, Saturday, Murtala said Ghana agreed to the US terms because of an agreement between them, then Candidates Akufo Addo and Dr Mahamudu Bawumia.
“This negotiation didn’t start eight months ago, this were their assurances candidates Akufo Addo and Dr Bawumia gave the Americans and for which reason they were profoundly engaged unethically in our politics and elections in 2016. Is it out of nothing that President Nana Addo went to America and assured them that he will help them fight terrorism and less than a month or two this thing is happening? What we are experiencing today is just a fulfilment of a promise they have made…
Now you have a minister for defence…who is not intellectually equipped to address issues like this; yet we have such a demagogue as a minister of defence who will peddle falsehood in a matter that is critical for the survival of this country…he is completely incompetent”